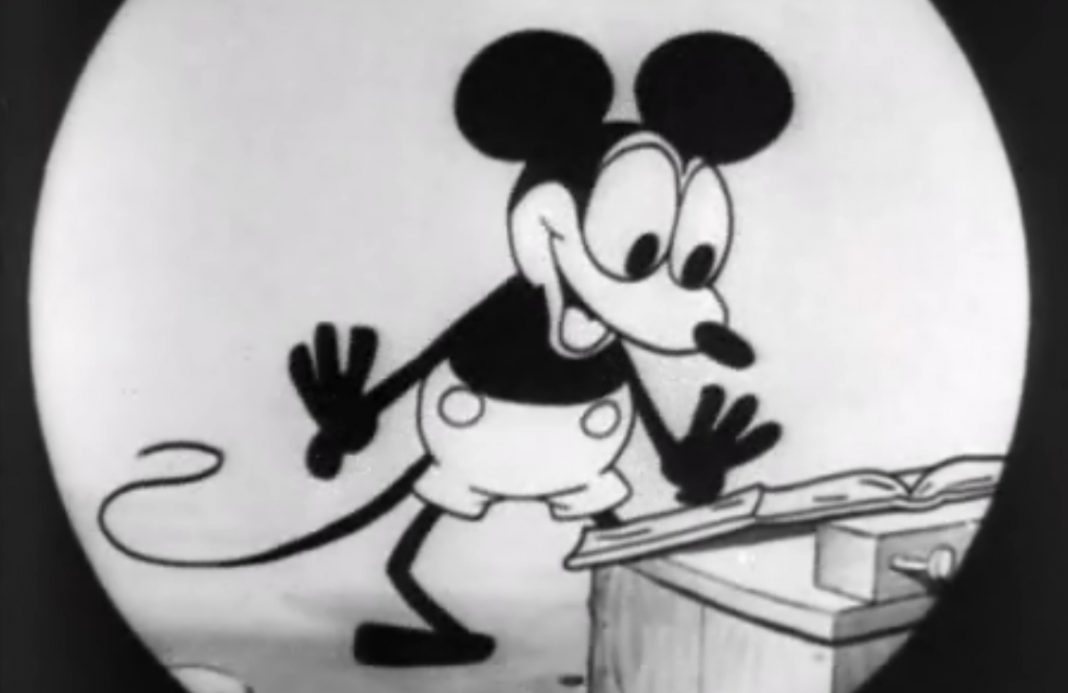 “Plane Crazy,” although released as the fourth Mickey Mouse cartoon in 1929, was actually Mickey’s original cartoon debut. Initially designed as a silent cartoon, it received a lukewarm response after its first screening and was scrapped along with Mickey’s second film, “The Gallopin’ Gaucho.” Not to be deterred, Walt Disney experimented with cinema’s latest innovation, sound synchronization, for a third attempt with a cartoon entitled “Steamboat Willie.” The third time was indeed the charm and following “Willie’s” success, both “Plane Crazy” and “Gaucho” were repurposed with sound and released shortly thereafter.

In hindsight, it’s probably for the best that “Steamboat Willie” is celebrated as Mickey Mouse’s first appearance. It is overall a much better cartoon and debut vehicle for Mickey, setting him up as a likable underdog with a carefree attitude. The Mickey Mouse of “Plane Crazy” is, well, I’m trying to think of a better word than “rapey…”

“Plane Crazy” begins with a close up of a cow’s posterior that…hang on a second. Let that sink in for a moment because it perfectly sums up the tone of the short. We are then introduced to a group of barnyard animals who are inspired by Charles Lindbergh to construct a plane. The dashing pilot for their exploits is Mickey Mouse whose ego is as big as the bug eyes he was originally animated with.

When their first attempt, which involves a plane powered by a twisted up dog, fails, Mickey jerry rigs a new plane out of an automobile. After being presented with a horseshoe by Minnie Mouse for this achievement, he invites her along for the test flight.

Mickey immediately loses control of the plane during takeoff and a crazy chase ensues. Eventually gaining a steady flight pattern, Mickey uses the opportunity to throw himself upon a captive and terrified Minnie mid-flight which results in her parachuting to safety via her bloomers (which have their own built in ripcord!) and the plane crashing to pieces in a tree.

Inspired by Walt’s own background growing up on a farm in Missouri, “Plane Crazy” is filled with the type of barnyard humor that would dominate a majority of the early Disney cartoons. It wasn’t unusual for many of these early efforts to include gags involving interrupted outhouse shenanigans and in-your-face cow udder calamity – the latter being a literal example as at one point the plane chases a cow down a street as her udders practically burst through the frame.

While some of these gags are genuinely funny, the short really springs to life when the humor takes more creative approaches such as Mickey’s frantic fight to reclaim control of the plane or Minnie’s clever escape plan; however, what eventually causes “Plane Crazy” to take a dive is Mickey’s lecherous attitude throughout the short. While this approach can be quite comical (as seen frequently with Warner Brother’s Pepé Le Pew or in a few Donald Duck shorts), it doesn’t work well here. It becomes hard to root for an antagonistic Mickey and, in an unexpected twist, you end up identifying more with Minnie and her frightful ordeal.

The animation is clever yet simplistic, especially when compared to “Crazy’s” immediate followups. Mickey is often drawn with single lines for appendages and goofy looks on his face and yet, on the opposite end of the scale, some of the animation techniques used during the plane chase were quite ahead of their time.

All in all, “Plane Crazy” lives up to its name. It may not be one of the best early Mickey shorts but it has an energy and speed that keeps it moving at a brisk pace. Thankfully, it wouldn’t take Mickey too long to mature and by his next appearance, we begin to see a better profile of the Mouse that the world fell in love with – that is, when he wasn’t molesting others and forcing them to jump out of moving planes…

How do we know that Mickey is the star of the piece? Well, he’s the only one wearing any pants! This is more blatant when he interacts with other mice clad au naturel. He is either the most prudish mouse at the barnyard or he’s residing in a world full of nudists.

When Minnie gifts Mickey with a horseshoe, his eyes light up as he excitedly accepts the keepsake. They live on a barn! How unique can a horseshoe really be in this of all settings? 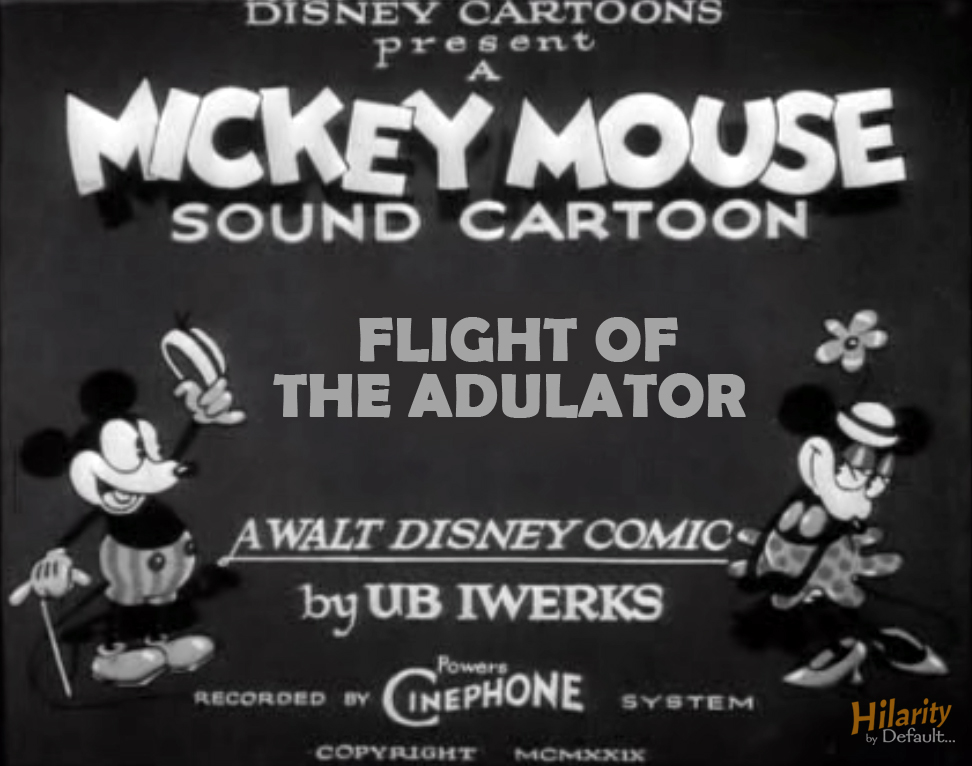 For a much grander Mickey Mouse production, join us next time as we take a look at one of Walt Disney’s greatest accomplishments – the remarkable Fantasia. For more Default Disney, click here. 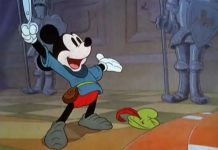 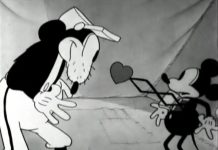 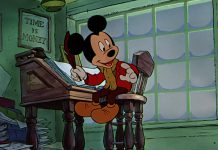 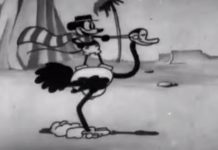 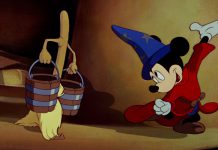 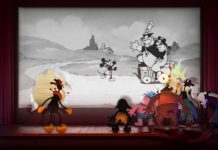