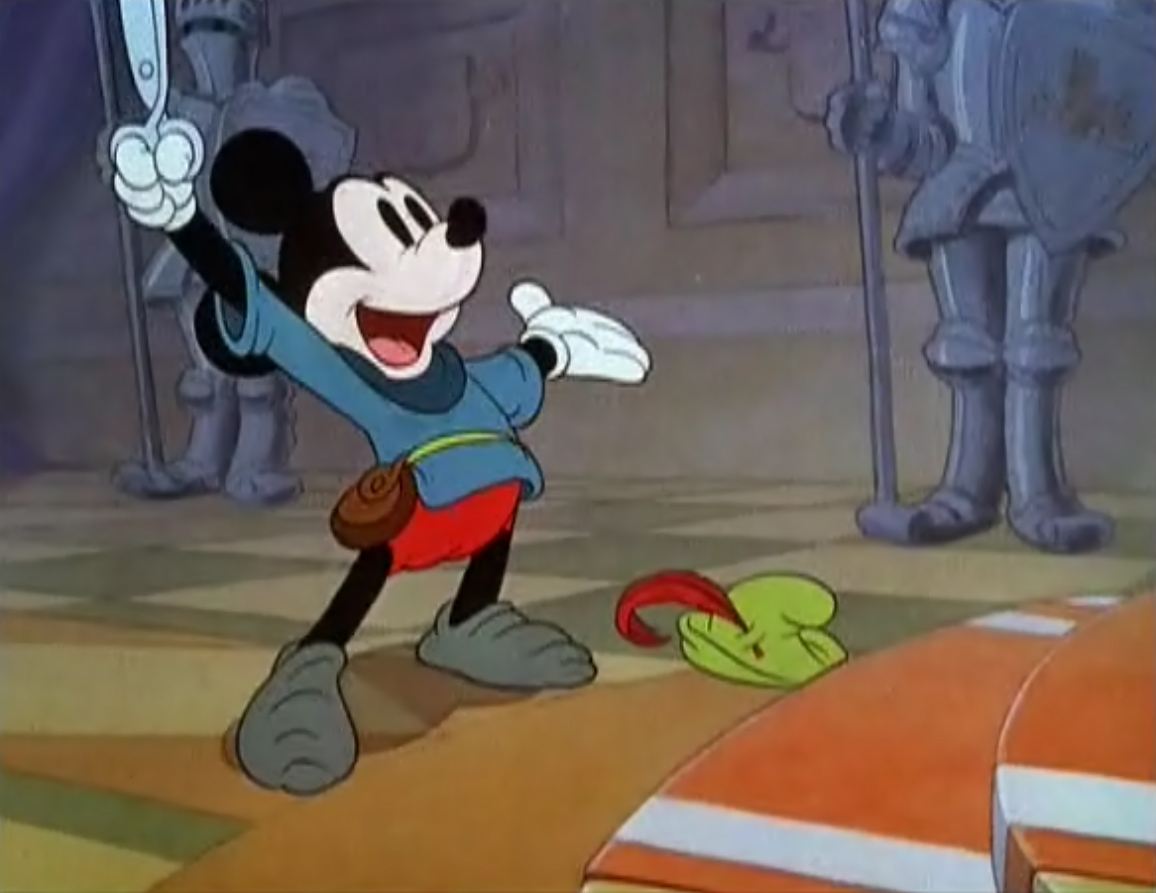 “Brave Little Tailor” (not to be confused with The Brave Little Toaster) is one of the quintessential Mickey Mouse cartoons, standing alongside a handful of shorts such as “Steamboat Willie,” “Thru the Mirror,” and Fantasia‘s “Sorcerer’s Apprentice” as the very best of Walt Disney‘s Mouse efforts. Quick-paced, hilarious, and beautifully animated, “Tailor” is, unlike its title’s suggestion, a big triumph.

Released at a point where Mickey‘s popularity was slowing eroding in favor of other Disney upstarts such as Donald Duck and Goofy (in fact, many of the so-called Mickey shorts of the time heavily featured the Goof and the Duck as the comedic forefront), “Brave Little Tailor” was meant to be a shot in the arm for the character.

In many ways, it succeeded, deftly blending the gentle, everyman persona Mickey had developed with the derring-do spunk of his earlier efforts, ultimately earning an Oscar nomination for Best Animated Short (losing, perhaps undeservedly, to Disney’s own “Ferdinand the Bull”). 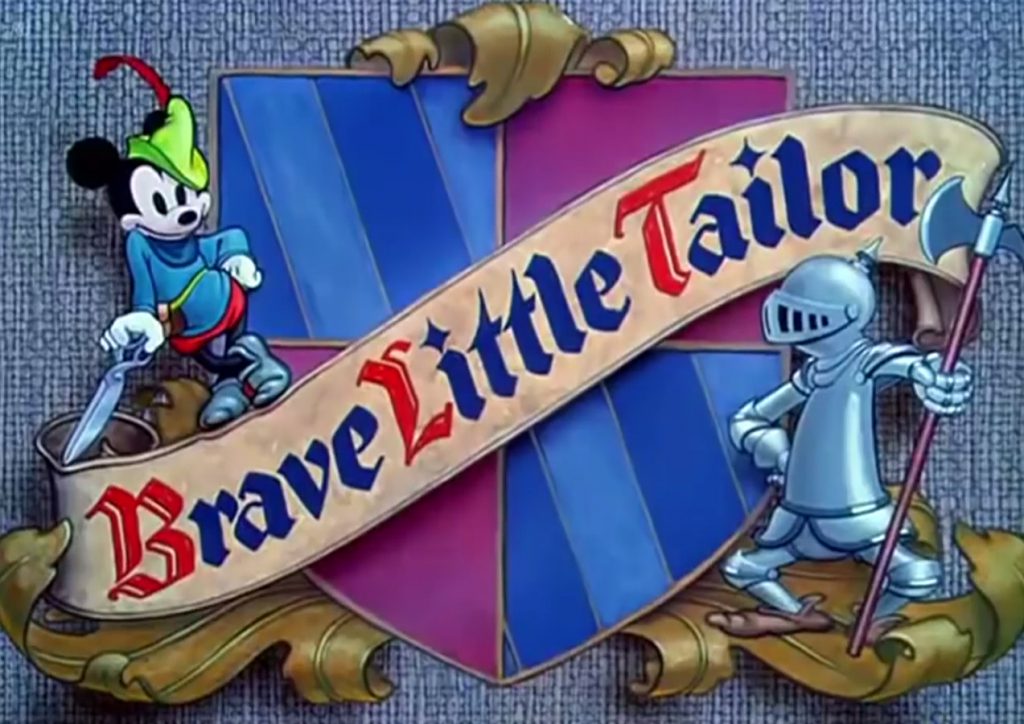 Based on the popular folk tale, “Brave Little Tailor” stars Mickey (Walt Disney) as the titular underdog – a tailor who is mistaken as a monster assassin after a misinterpreted boast about killing seven flies with one blow. Word quickly spreads to the king who drafts the mouse into killing a gigantic scourge (Eddie Holden) plaguing his kingdom in return for his daughter Minnie‘s (Marcellite Garner) hand in marriage. Princess Minnie, upon hearing that she’s been poised as the ultimate achievement point, immediately pounces on Mickey, covering his face with a multitude of kisses.

A love-struck Mickey reluctantly agrees and, through the cunning use of tricks of his trade, he accomplishes the impossible by taking down the giant, landing a blow that knocks the brute into a coma. The short concludes with the kingdom celebrating a happy ending as the villagers construct various contraptions to take advantage of the snoring giant’s body as a means for sustainable green energy production.

“Brave Little Tailor” combines many of the best elements that Disney had become known for: an adaptation of a popular story, compelling characters, fantastic music, clever humor, and a David versus Goliath underdog theme. The giant, retroactively named Gustav in later comic appearances, isn’t presented solely as a buffoonish source of comedy but rather as a genuine threat for our hero to overcome (a contradiction when compared to his more popular counterpart of Willie in Fun and Fancy Free‘s “Mickey and the Beanstalk” segment – a comparison that will be explored more fully in our next Default Disney installment). This one element gives the short a biting edge that perfectly complements the victory of its happy ending.

As a showcase for Mickey Mouse, there are few examples that so wholly capture the enduring spirit of the character – the lovable little guy who perseveres to overcome even the largest of foes through clever means (much like Song of the South‘s Br’er Rabbit but with a smaller propensity for continually getting captured). As such, the original tale was [incoming pun alert] perfectly tailored as a vehicle for the mouse [can’t say I didn’t warn you].

Perfectly crafted with a humorous inventive streak (such as Gustav’s improvised use of an old stove to light a haystack rolled cigarette), “Brave Little Tailor” is a masterpiece of 1930’s American animation. With the Disney Company having conquered the box office with the release of Snow White and the Seven Dwarfs, “Tailor” proved that Walt hadn’t forgotten about the little mouse that had launched his Hollywood studio (and, later, a fully fledged media empire).

Here’s a terrifying thought. Scale wise, Mickey’s battle with the giant would be equivalent to a real world mouse battling a full grown adult. I can’t think of a better ad for best control. 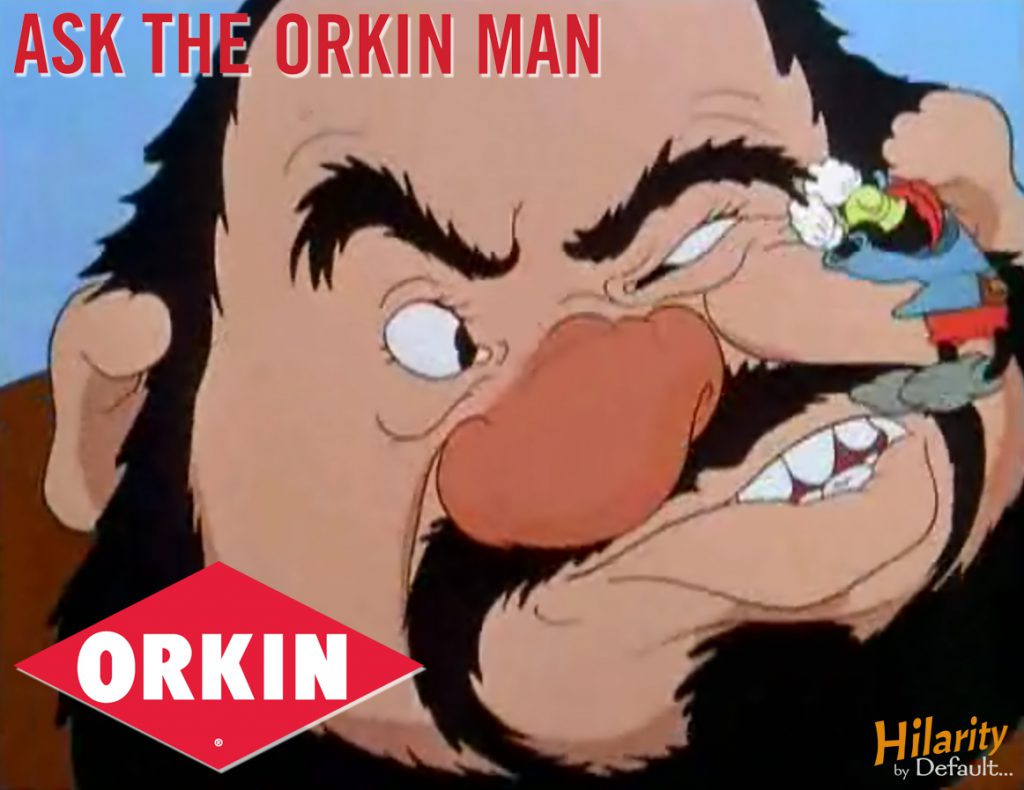 Although the set up is similar to the original German fairy tale, the short curtails much of the tailor’s battle with the giant. Notably, their famous contest of strength where the giant poses a number of challenges such as squeezing water from a stone or which of the two can outdistance the other in an object throwing match. The tailor, knowing that he could never win in a literal head-to-head battle, astounds the giant by squeezing water from a rock shaped piece of cheese and throwing a bird that flies off into the distance. Having won the contest, the giant flees in terror. The Disney version, though keeping a sense of the tailor’s adroit sensibility, opts to focus more on a visually exciting battle as Mickey scissors and sews his way to victory. Oddly, the Mouse House would later publish an illustrated children’s book of the Mickey story albeit with a focus on the original fairy tale’s contests! The best of both worlds? 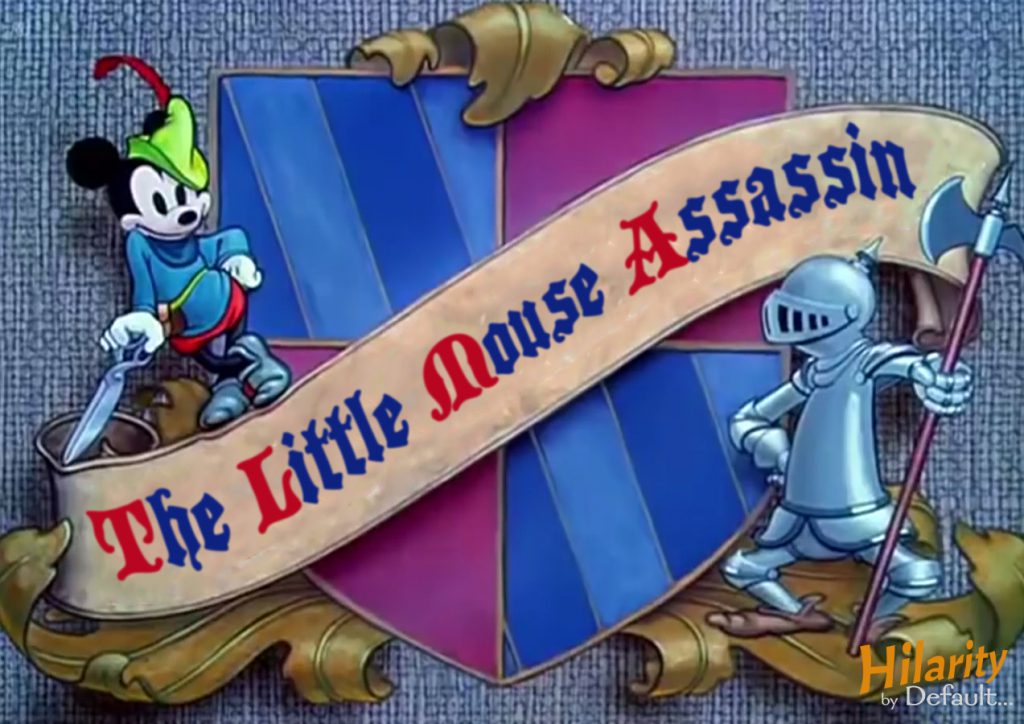 Next time, Mickey faces yet another giant in Disney’s Fun and Fancy Free which features the eminent return of Jiminy Cricket, woodland domestic violence, and an under-attended, creepy puppet party. For more Default Disney, click here.