When an African lion king is captured and taken to New York City, a chance escape drives the lion into a world whose mighty roar overpowers his own. Once a king and now an overlooked peon whose objections fall on deaf ears, “Social Lion” is fittingly filled with social commentary – a political satirical piece whose messages may or may not still ring true. 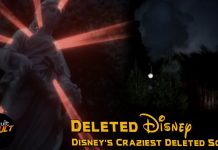