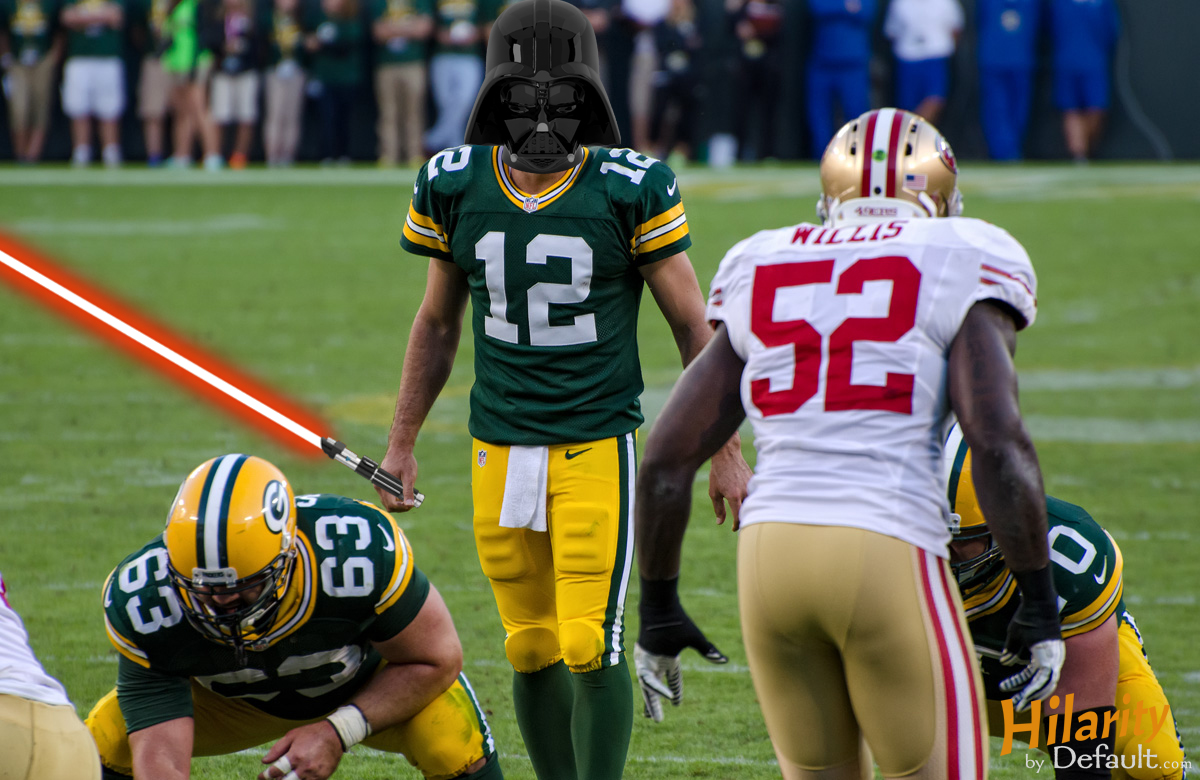 Since the departure and eventual retirement of Bret Favre, the Green Bay Packers have remained in the conversation of competitive NFL teams vying hard for a championship year in and year out.  The reason for that is plain and simple — Aaron Charles Rodgers is their quarterback.  Tom Brady may be more accomplished considering that his trophy case is filled with miles more hardware in Lombardi trophies, Super Bowl rings and MVP plaques, but Rodgers can do more to change things on a football field all by himself.   He is not only capable of flicking his wrist to send a football flying to a target at will, he can also run, dodge, and take on tacklers on top of being a focal point in commanding the Pack’s offense.  Match that with a semi-notorious reputation among teammates and clapping back at disgruntled fans, I don’t see how you can’t compare him to a dark side-consumed Anakin Skywalker. . . aka Darth Vader from the Star Wars movies.

Keep in mind, I am not a Bears fan or even prepared to declare A-Rodge an NFL villain.  But the best metaphor I can think of to demonstrate of the Cheeseheads’ man under center melts defenses into oblivion passing or crushes them into submission running.  Regardless for what my podcast co-host Demosthenes from Hilarity by Default thinks of Rogue One: A Star Wars Story, this scene below is absolutely a metaphor that captures the dominance of Aaron Rodgers as well as the timeless wrath of Vader.


Off the field of battle, both icons certainly have their own sets of family issues.  Sure, the infamous “I am your father” exchange between Anakin and his son, Luke is a lot more public knowledge than anything between Rodgers and his brother, Jordan despite the headlines that came back in early 2017. But I’m certain there are some that would claim that shunning your sibling over some disparaging remarks made while being interviewed as a contestant on The Batchelor is as cold-blooded as cutting off your young-adult child’s hand in a lightsaber duel. After all, the junior Skywalker rocks a prosthetic replacement which one has come to expect from the awesome futuristic technology from a long time ago in the Star Wars universe.  There is nothing awesome about having a family member on The Batchelor — and that is a scar that will never heal in the bowels of social media.

Both have also bounced back from major injuries themselves to achieve later achieve significant victories for their teams. During Star Wars: Episode III — Revenge of the Sith, the metamorphosis of Darth Vader from Anakin Skywalker is completed when he is injured battling his former mentor Obi-Won Kenobi. Kenobi amputated both of Skywalker’s legs via lightsaber during the altercation. Anakin also suffered burns from lava that flowed on the unforgiving terrain of the planet Mustafar.


So while there wasn’t anything as dramatic as a volcano  or the hacking of limbs taking place in the harsh and bitter cold of Lambeau Field in Green Bay, Wisconsin, Rodgers faced a devastating trauma of his own in a contest against the Detroit Lions in late 2014 at the hands of their defensive tackle at the time, Ndamukong Suh. Suh stomped on the passer’s already injured leg, limiting his mobility during the final game of that season and eventually into the playoffs as well.  But A-Rodge and Lord Vader both go on to achieve greatness. Rodgers and his Packers beat the Cowboys in the postseason two weeks later while Vader captures several rebel leaders at Cloud City during The Empire Strikes Back (Episode five in the Star Wars movie cannon) two movies later.

While the two entities aren’t a perfect juxtaposition with one as a major figure on the dark side of “The Force” and the other a franchise NFL signal caller, their dominance in their venues along with some similarities in their personalities and their backstories certainly make this a viable comparison. But if they were 100% in-line with one another, I believe the Star Wars Universe would be very different.  After all, if Darth Vader performed a “discount double-check” on the Death Star as Aaron Rodgers does in his State Farm Insurance ads, maybe the weak point in the exhaust port of the Death Star wouldn’t have been an option for the Rebel Alliance to blow it to smithereens. 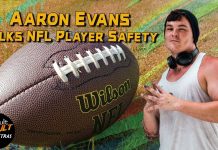 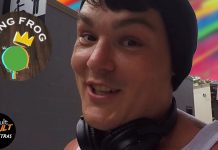 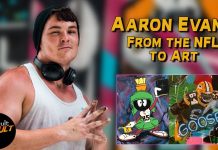 Aaron Evans: From the NFL to Art 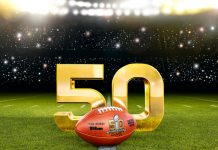