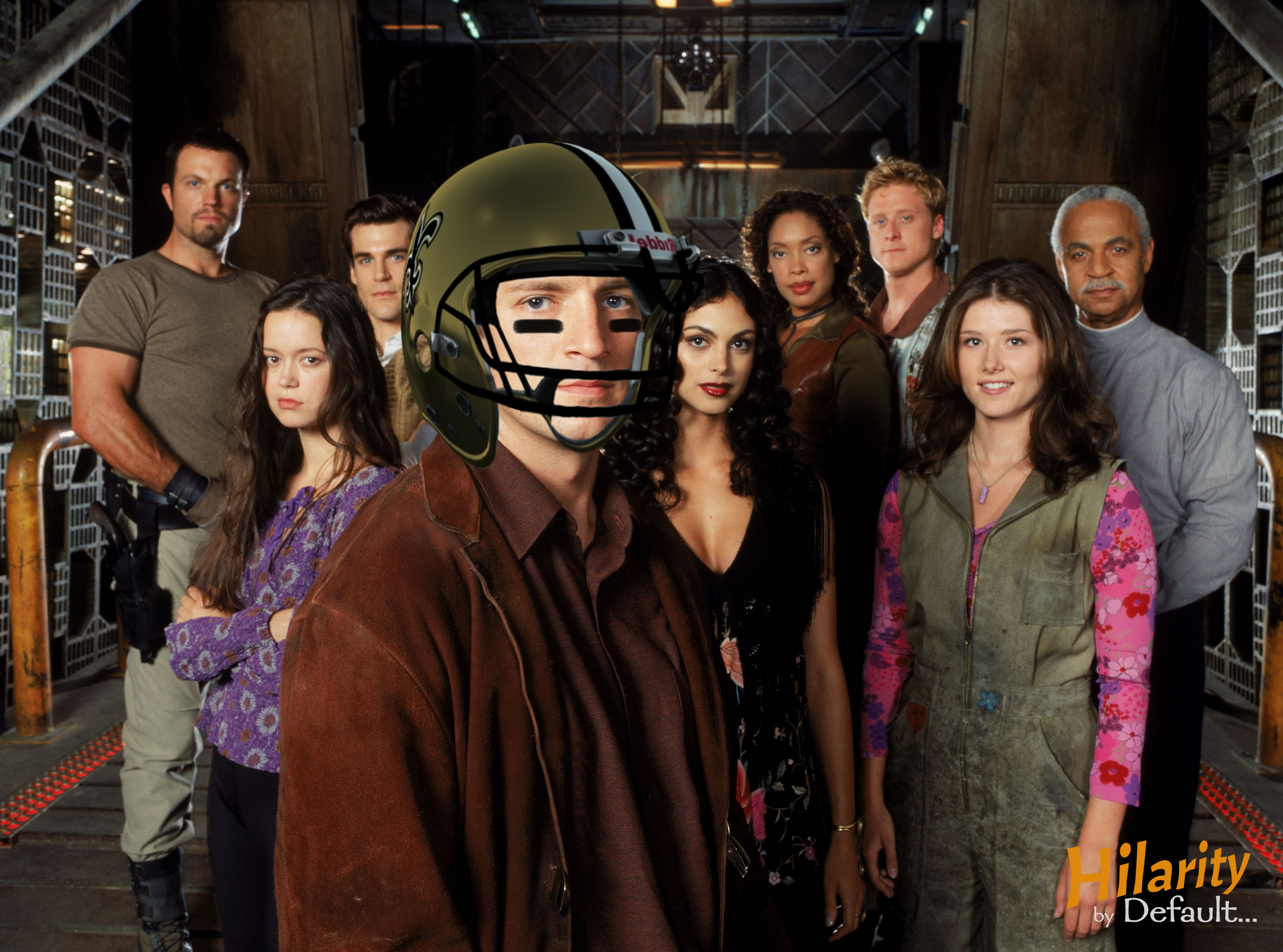 “Take my love, Take my land, Take me where I cannot stand; I don’t care, ‘cause I’m still free, you can’t take the sky from me…”

This is the opening stanza of the theme song of the prematurely terminated hit series, Firefly (one of a few nerdy anthems I’ve yet to let loose in a silly moment on Hilarity by Default’s video series, Default Assault). This futuristic sci-fi show focuses on the crew of the Firefly class spaceship, Serenity – a ragtag team that includes an ex-freedom fighter, her snarky pilot husband, a professional “companion,” a cutthroat mercenary, a plucky bright-eyed engineer, a top-notch young doctor, a science experiment turned escaped prisoner, and a preacher with a mysterious and seemingly checkered past. Leading them is their captain, Malcolm Reynolds. Reynolds is capable of charm and compassion off the field of battle; but on it, he is a ruthless and cunning gunslinger. When one thinks of a compassionate leader while a gunslinger on the football field, one’s mind goes to New Orleans Saints quarterback, Drew Brees. You can’t take the sky from me, indeed.

Much like Captain Reynolds started out as a sergeant in the rebellion battling against the Alliance that was eventually quashed in the Battle of Serenity, Brees also had a mediocre campaign which failed to bring real change in San Diego with the Chargers. His stint ended with a debilitating shoulder injury and altered the gunslinger’s career path. Much like the captain of the Serenity was more well known in the galaxy for the good he did as a Robin Hood-style outlaw, New Orleans achieved more after #9 was under center was under center as a Saint.

I mention compassion specifically because both examples here gave of themselves to help those around. Granted, it may not be as dramatic as what Reynolds did, but Brees was deeply involved not only in fighting for his player brethren as an officer in the NFLPA, but as a volunteer after the devastation in Louisiana from Hurricane Katrina.

That’s not where the similarities end. In the heat of battle, both have a unique ability to be the point man or part of the plan. Drew Brees has slung for 4,000 yards from 2006-2017 with five seasons in that time where the 5,000 mark was supplanted. Even with those gaudy numbers in passing production, Brees was humble enough to garner production for the ground game for his team to have better success for his offense allowing for Alvin Kamara to win the 2017 NFL Rookie of the Year and Mark Ingram to break 1,000 yards on the ground the same season. Though with as much of a team player as he is, there are some lines that even Drew may not cross where Malcolm was a touch more. . .unorthodox? Having signed another contract with the Saints in 2018, Drew Brees continues to pay tribute to the Fleur-de-lis in the French Quarter of New Orleans while continuing on as the team’s leader. It’s odd seeing the twilight of this future-Hall of Fame career and difficult to ponder that franchise’s future without him. That being said, the biggest difference between this legendary NFL talent and Captain Malcolm Reynolds is we didn’t have to lament Brees’ tenure being cut short by foolish executives.

Does anybody even remember Fastlane? I must say I had to google it. And yet, it replaced a show that has scores of fans known as “brown coats” still lamenting its cancelation back in 2003. Perhaps there is another parallel to draw here after all — clothing. Brown coats are donned by those who were inspired by the captain of the Serenity and Drew Brees’ success will eventually be marked with a gold jacket.