A running tally of the top questions we receive most often at Hilarity by Default and their answers. Have a question not listed below? Don’t fret, contact me here.[/vc_column_text][/vc_column][/vc_row][vc_row el_class=”td-ss-row”][vc_column width=”2/3″][vc_text_separator title=”Basic Site Questions” color=”orange” style=”shadow” border_width=”3″][vc_toggle title=”Who are you?” el_id=”1480662843212-74258d70-7493″]Undoubtedly, a good place to start a FAQ – find out about the guy answering all those questions! My name is Demosthenes “Demos” Euclid. I am a writer, video producer, and avid film buff. My videos have been featured on NGSC Sports, RocCityNews, and ProPlayer Insiders and I currently write articles throughout the net. My hobbies include traveling, photography, and geocaching.

I first got started writing online blogs on hilaritybydefault.blogspot.com with this site being the next grand iteration of the work I started there.[/vc_toggle][vc_toggle title=”How often do articles or videos get published here?” el_id=”1480659262590-4f19aa97-3d36″]Short answer – about 3 times a week.

Long answer – most sections are updated weekly, biweekly, or monthly. For specific updates of Default Disney, 007 on the 7th, and Movies by Default release dates, check the Upcoming Movies Reviews tab on the front page for the latest news. Otherwise:

007 on the 7th: Returning soon from hiatus! Primarily on the 7th of every month; however, due to other projects, a release on the 17th or 27th is not unheard of.

Hilarious by Default: Like most hilarity, these releases are random by default.

Movies by Default: Fridays (and, rarely, on Wednesdays and Saturdays depending on release dates).

Out-of-Context Posters: Seasonal (originally a weekly series).[/vc_toggle][vc_toggle title=”Do you do all the funny Photoshop creations on the site?” el_id=”1480661792939-0f94c86e-df86″]Yes. Any pictures tagged with “Hilarity by Default” are either pictures I have personally taken or Photoshop constructions created for the sake of parody.[/vc_toggle][vc_toggle title=”I see that your Show section just expanded. Are you planning on doing more videos?” el_id=”1480663206231-a3217fd9-6f73″]Yes, there will be more projects and videos to follow. For now, we will be focusing on our new weekly video podcast, Default Assault (which premiered March 9, 2017) and its complement series, Default Assault Extras. 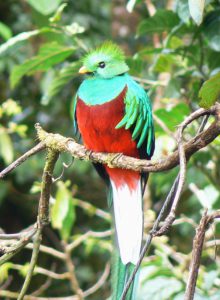 [/vc_toggle][vc_empty_space height=”20px”][vc_text_separator title=”Movies by Default Questions” color=”orange” style=”shadow” border_width=”3″][vc_toggle title=”Why don’t you review more movies every week? They’re all mostly mainstream!” el_id=”1480660945812-5eacb72a-3e80″]First off, time and availability are major issues. Unfortunately, with all my other ongoing projects, it’s difficult to schedule more than one a week. Plus, as much fun as it is to write scathing reviews of terrible films, I usually try to avoid any new releases that look like headache-inducing pieces of un-recyclable gutter trash. Whenever I see back-to-back weeks with nothing substantial on the horizon, I’ll usually fill those with classic film reviews.

Additionally, there’s a major reason I’m a bit more selective with the types of movies usually reviewed here. Most people aren’t exactly going to tune into a site called Hilarity by Default to read a teary-eyed analysis of films like Schindler’s List (unless they have serious issues). Undoubtedly, for new releases, I’ll make exceptions every once in a while but for the most part I’ll be reviewing major mainstream films rather than a wide array of dramas, independent films, and low-budget horror fests (depending on demand).[/vc_toggle][vc_toggle title=”What is your favorite movie?” el_id=”1480662560338-a4d2ec93-3332″]That question is the bane of any film enthusiast! I have many films I love for different reasons but if I had to answer the question (which I guess is the reason for a Frequently Asked Questions section) the one that always seems to stand ahead of the pack is Alfred Hitchcock’s North by Northwest (1959) starring the inimitable Cary Grant, Eva Marie Saint, and James Mason. The immediate runner up would be Raiders of the Lost Ark (1981). Some additional favorites off the top of my head would include The Thin Man (1934), Modern Times (1936), Casablanca (1942), The Guns of Navarone (1961), Charade (1963), From Russia with Love (1963), Mary Poppins (1964), Close Encounters of the Third Kind (1977), Back to the Future (1985), The Untouchables (1987), and many more. I’ll be writing articles on some of these in more detail in the future.[/vc_toggle][vc_empty_space height=”20px”][vc_text_separator title=”Default Disney Questions” color=”orange” style=”shadow” border_width=”3″][vc_toggle title=”In what order are you reviewing Default Disney films?” el_id=”1480659302074-3b95353c-bc1e”]Currently, I’m going through all the nearly 60 Walt Disney Animation Studio films in order of release with a few significant live action/animation co-productions such as Mary Poppins and Who Framed Roger Rabbit thrown in for good measure.

In-between the features, I also review select Disney animated shorts, from the early black-and-white classic Mickey Mouse shorts such as “Steamboat Willie” to the more obscure such as the studio’s WWII propaganda pieces.[/vc_toggle][vc_toggle title=”Why aren’t you doing the Disney animated shorts in order of release?” el_id=”1480660425253-9bdf55a1-814c”]Simply because there are hundreds of Disney animated shorts. If I started as far back as the Alice Comedies and Oswald the Lucky Rabbit, it’d be a year before I even got to Mickey Mouse. After all, there’s nearly a century of Disney animated releases. That’s not to say that I won’t ever cover any of those early entries but for now it’s far more interesting to focus on some of the most important and well-known shorts as well as some that might pertain to the animated feature I happen to be reviewing at the time.[/vc_toggle][vc_toggle title=”Why haven’t you reviewed Toy Story or any other Pixar films for Default Disney?” el_id=”1480660508403-2bb7ed61-e3d0″]The Pixar films are not part of the main Disney animated canon in the same way that none of the DisneyToon Studios films (i.e. The Jungle Book 2, The Tigger Movie, etc.) or direct-to-video releases (i.e. The Return of Jafar) are considered part of the series. Obviously, the Pixar films are in a much higher plane of quality and I plan on eventually covering them as soon as I’m done with the canon series.[/vc_toggle][vc_toggle title=”Are you ever going to review Disney’s direct-to-video sequels?” el_id=”1480660578781-d0efd3dd-2928″]Do you really want to put me through that terror? The thought of watching some of those films again makes a visit to a proctologist seem more appealing by comparison (and, at the very least, such a visit can potentially save your life!). I suppose, like death, taxes, and Facebook feed fiascoes, it’s inevitable that I will get to them at one point in the future.[/vc_toggle][vc_toggle title=”Are you in any way affiliated with the Walt Disney Company?” el_id=”1480662767864-997aaad4-5a99″]No. This site does not represent the Walt Disney Company, its subsidiaries, or affiliates in any way, and I am not an employee or employed by The Walt Disney Company.[/vc_toggle][vc_toggle title=”You often write about the Disney theme parks. Which ones have you been to?” el_id=”1480661906633-653422dd-4fdb”]I have been to all the American Disney theme parks and water parks (Disneyland, Disney California Adventure, Magic Kingdom, Epcot, Disney’s Hollywood Studios, Disney’s Animal Kingdom, Typhoon Lagoon, Blizzard Beach), Disneyland Paris, Tokyo Disneyland, and Tokyo DisneySea. I haven’t had the chance to visit Walt Disney Studios Park in Paris, Hong Kong Disneyland, or Shanghai Disneyland just yet. I’m a theme park nut and I plan on writing more about them and non-Disney parks in the future.[/vc_toggle][vc_toggle title=”What is your favorite Disney ride?” el_id=”1480661974798-173722cc-bc76″]That’s a tough question! For now, I’ll cheat and say it’s a tie between the following: the Indiana Jones Adventure and Pirates of the Caribbean at Disneyland plus the Haunted Mansion and Splash Mountain at Walt Disney World.[/vc_toggle][vc_empty_space height=”20px”][vc_text_separator title=”007 on the 7th Questions” color=”orange” style=”shadow” border_width=”3″][vc_toggle title=”After you’ve completed the 007 on the 7th series, are you going to return and give new Bond films the same treatment?” el_id=”1480663618545-800aaffe-7a39″]Definitely. Once I’ve reviewed all the James Bond films, I plan to continue the tradition with all new 007 entries. Expect a regular Movies by Default review the week of release and a special 007 on the 7th review following the home video release.[/vc_toggle][vc_toggle title=”Are you planning on following the James Bond films with reviews on other movies franchises?” el_id=”1480663825785-b2802b1b-b1b2″]That’s the plan (if not sooner). Long-running franchises I’m considering are the Harry Potter films, Star Trek, and Indiana Jones (leading up to the 2019 installment). Please feel free to contact me with any suggestions![/vc_toggle][vc_toggle title=”Who is your favorite James Bond?” el_id=”1480664107776-b4e81ba9-81fc”]That’s the preeminent question, isn’t it? I’ll probably be drafting a post on the subject at one point. For now, let’s just say that I have a slightly atypical opinion on the subject. I like each Bond actor for different reasons, each having distinctive strengths and weaknesses that characterize their tenures portraying the character. For pure style and lethal charm, Sean Connery set the mold. For genuine fun, nobody does it better than Roger Moore. For a mix of both, Pierce Brosnan steals the show. For sweet uppercuts and a distinctive air of blandness, no one is more forgettable than George Lazenby.

Videos by Default Demos Euclid - January 15, 2020
Socrates’ job is put on the line after four “motored cycles” are stolen by a gang of bandits in BRISCO COUNTY Episode 13, “Steel Horses.”
[/vc_column_text][/vc_column][/vc_row]