Prepare for head spinning and projectile pea soup! Default Assault ranks up the terror with William Friedkin’s 1973 horror masterwork, The Exorcist starring Ellen Burstyn, Max von Sydow, Jason Miller, and Linda Blair. Based on the novel by William Peter Blatty, it was the first horror film ever nominated for Best Picture but is it really the scariest film of all time as many have touted? 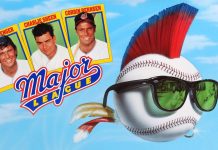