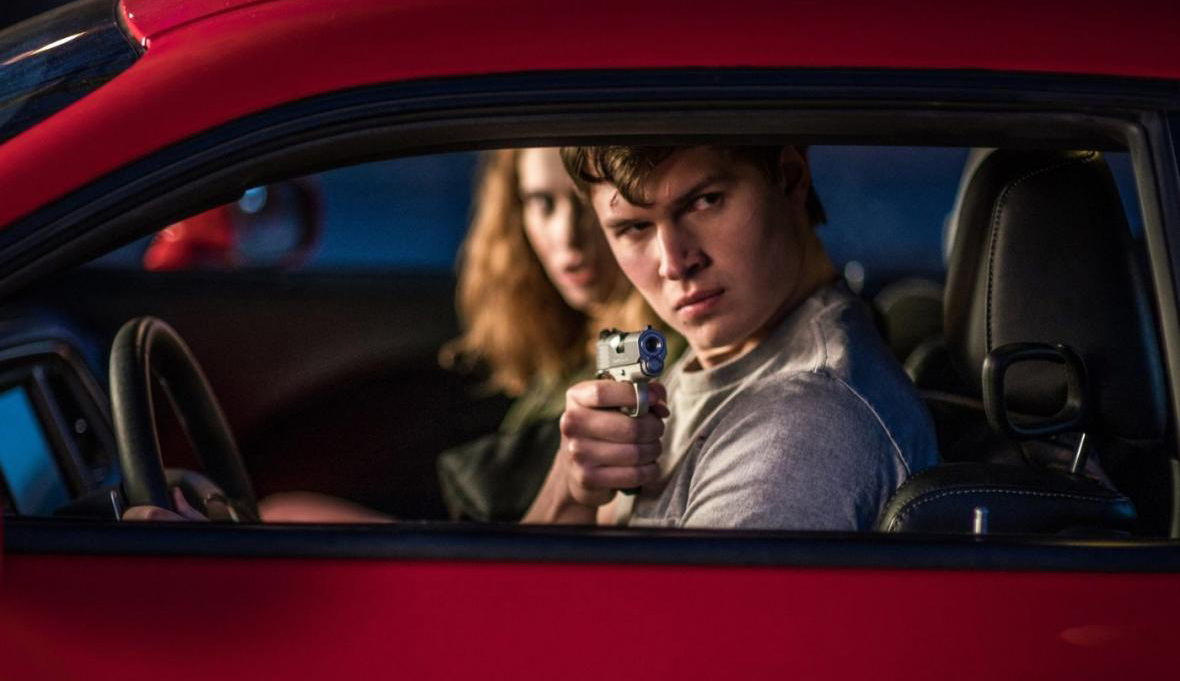 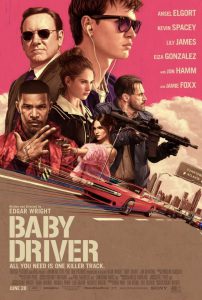 What’s the best way to redeem a summer full of remakes, reboots, reimaginings, sequels, supposed trilogy-cappers, and other assorted CGI-laden franchise spinners? Taking a ride with Baby Driver – the welcome reprieve of the year. A throwback to a time when car chases involved real cars and stunts, Baby Driver is infused with rhythmic intensity, laughs, and good honest fun.

Baby (Ansel Elgort) is a young getaway driver working for the kingpin (Kevin Spacey) of a small-criminal enterprise to pay off a debt. Due to an injury as a child, Baby suffers from tinnitus and resorts to music to drown out the excess noise of the world. Fortunately, this affords him an intense ability to focus enabling him to be the lucky charm of Spacey’s team; however, when the murderous streak of a new hotheaded recruit (Jamie Foxx) derails Baby’s conscience and ability, he and his newfound girlfriend (Lily James) soon find themselves in their own desperate getaway.

When one first hears the title, the associated images that would flash through their minds would be as far from the genuine article as possible…

…yet, with a superb cast, impressive showpieces, and a biting, dark wit, Baby Driver revs up as the best action film of 2017 to date. From the onset, as the beat of its excellent soundtrack begins to play, the film confidently launches with three consecutive eclectic sequences that work together beautifully. First, a tap-along rock opera as Baby waits outside a bank robbery – a perfect set-up to his character. Second, a true white knuckle car chase that quickly establishes the film as a real deal, cartoon car-free experience. And finally, a long-tracking shot, song-driven credit sequence that would easily be at home wholesale in a film like La La Land.

Notably, the best action films are usually only as strong as their stakes and Baby Driver, notwithstanding its irreverent humor and improv dance scenes, entrenches a harsh sense of consequence as the story unfolds. When there’s a police chase, the cops aren’t thwarted by their own ineptitude resulting in a Blues Brothers-esque pile-up; rather, Baby’s wide array of antagonistic forces ramp up the tension logically. By the third act, it practically becomes claustrophobic.

Of particular benefit is that Baby is free from overblown, physics-bending lunacy or absurd superhuman invulnerability that leave characters unscathed in fatal situations – two elements that plague similar genre films such as The Fast the Furious series (heck, to compare the two is a disservice to Baby‘s achievement).

One of the film’s noteworthy assets is a sense of unpredictability – a rarity for a movie whose synopsis, on paper, would initially seem rather pedestrian. Supported by Kevin Spacey as the intimidating overseer with a knack for hilarious, deadpan delivery, Jamie Foxx’s erratic menace (to call him “unhinged” would be an understatement), and Jon Hamm‘s devoted flair, Baby Driver keeps its audience on edge – you never quite know who will throw the next punch or unblinkingly gun down the next unfortunate victim.

The film’s most prominent feature – the soundtrack – will unavoidably earn it comparisons to Guardians of the Galaxy and while there are similarities (particularly the instigating factors that bring the songs to the forefront), the films utilize this component differently. In Baby Driver, the soundtrack isn’t just part of the DNA or soul of the picture – it’s an integral part of its overall structure. The editing, pace, and shot composition are in tune to the very note from beginning to end without ever falling into the quagmire of music video conventions.

Where the film does falter a bit, on the other hand, is a rushed love story and a third act that doesn’t quite meet the expectations built up. Although Elgort and Lily James share a cute chemistry, it’s not enough to justify their actions (particularly hers) as the film progresses.

Nevertheless, these flaws have minimal impact. For those sick of superheroes and implausible cartoon action, Baby Driver delivers wholeheartedly. Under director Edgar Wright‘s steadfast guidance and devilish sense of humor, the film stands afar from a hollow marketing showcase for cool cars and soundtrack sales. Legitimately thrilling with a truckload of laughs and heart, Baby Driver is the joyride of the summer.