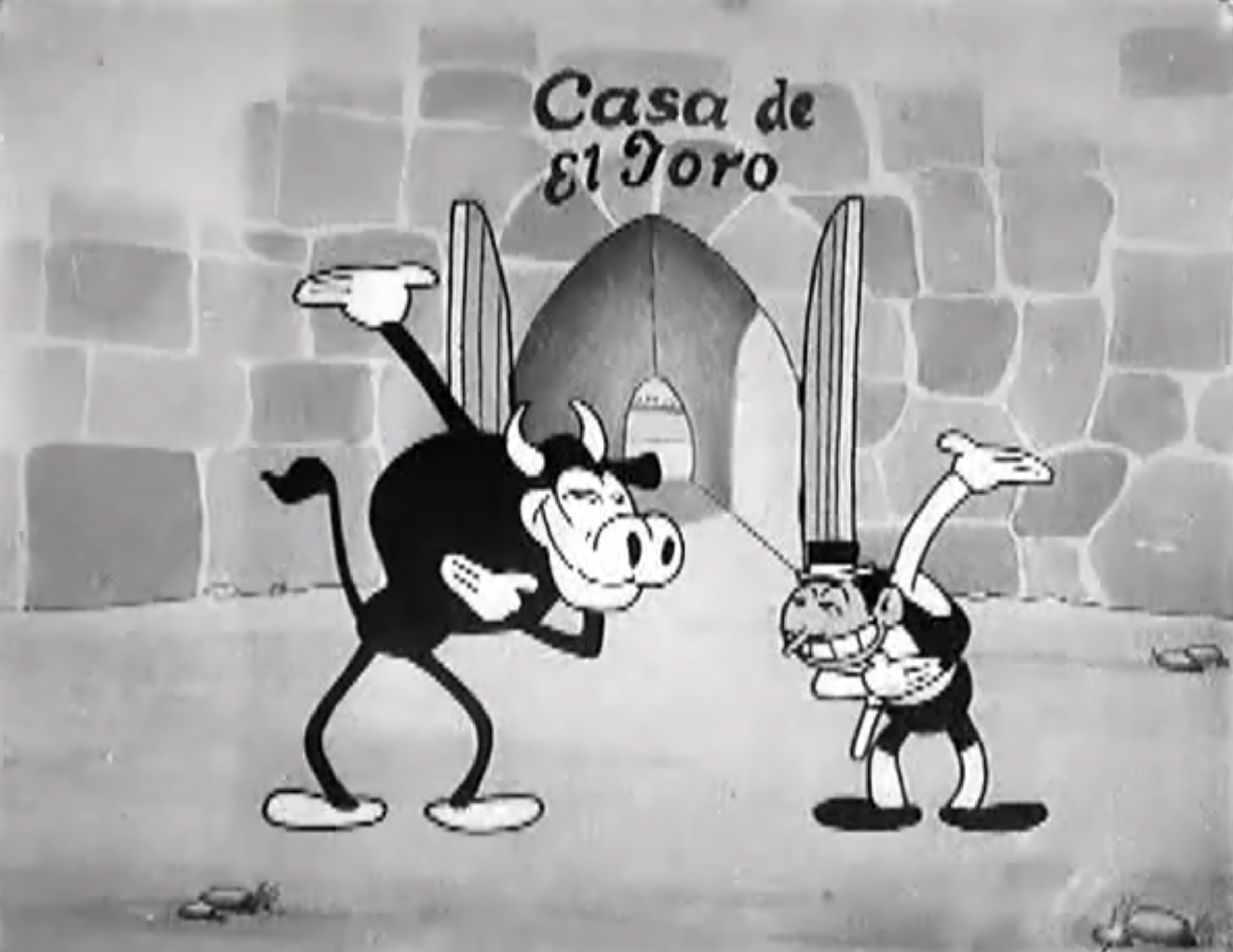 Talk about a short that lives up to its name. Often cited as the worst Silly Symphony cartoon, “El Terrible Toreador” does little to defend against that reputation. One part ugly, one part cruel, and altogether forgettable. 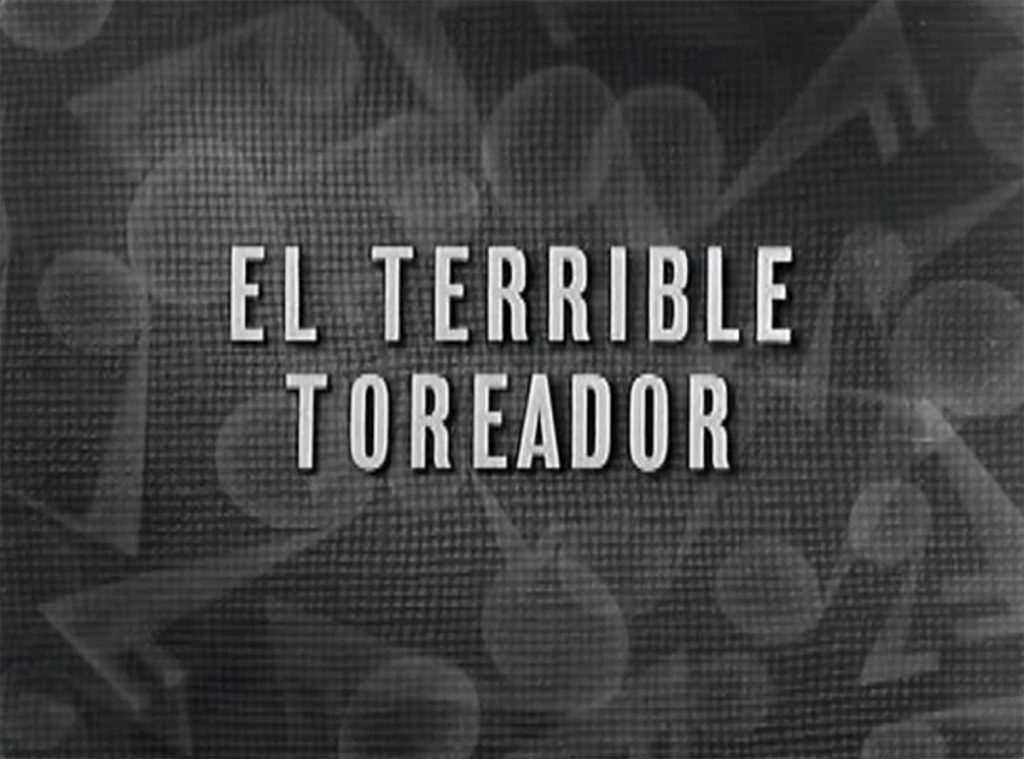 Following up the impressive “The Skeleton Dance” as the second short in the series, “El Terrible Toreador” begins as a basic remake of Mickey Mouse‘s own sophomore entry, “The Gallopin’ Gaucho,” with the titular toreador entering a Spanish cantina and rescuing a musical barmaid from the clutches of a lecherous oaf.

How does our toreador rescue his damsel in distress? By spraying beer foam on his face, prompting the villain to huff so mightily that his shirt unbuttons. No sooner does this “confrontation” happen when the short’s focus clumsily shifts to a bull fight featuring the toreador with both the barmaid and the oaf cheering and jeering in the crowd respectively.

After a half-friendly, half-violent showdown, the nefarious oaf spikes the bull’s celebratory flowers with pepper causing the animal to charge at the toreador. The toreador then, in a bizarre and surprisingly gruesome act, defeats the bull by grabbing its tongue and ripping its insides out of its body! He then poses triumphantly, standing on top of the mutilated bull’s corpse!

“El Terrible Toreador’s” greatest sin is that it is unfocused. Essentially two different shorts jammed together (with the seams practically showing), neither part gets a chance to naturally advance leaving both of their endings choppy and anticlimactic. The characters – noteworthy only for being the first post-Mickey Disney production to focus on humans – aren’t engaging with their antics echoing inferior imitations of Mickey (the toreador), Minnie (the barmaid – harmonic squeaks and all), Clarabelle Cow (the bull is very reminiscent of a male version of the gawkish cow), and Pete (the large, blundering oaf). They’re all reproductions without heart – a gaffe rarely associated with classic Disney efforts – especially under Walt‘s direction.

There are precious few ideas that actually work here with many gags (not to mention the plot) falling flat. The only notable dose of inspiration is specifically in regards to the bull fight – a fight that is presented in the most literal sense of the term. There are no swords or red cape play here; rather, the bull and toreador literally get into a brawl. This is a creative approach that is unfortunately let down by uninteresting jokes and an ending that is particularly cruel – especially for a Disney production.

Overall, “El Terrible Toreador” serves as a premiere example of why most short cartoons relatively stick to one streamlined storyline, idea, and, often, even locations. With 6 to 8 minutes available for set-up, gag execution, and resolution, there’s little room for sequence breaks and narrative-shifting defections. The best exceptions develop their newer elements organically within a tight narrative. The only things tight in “Toreador” are the unfortunate innards of the ravaged bull which serve as the perfect metaphor for how one feels after watching this short.

Join us next time as a dancing wind instrument, a child wolf hunter, and an operatic cetacean mammal show us how to Make Mine Music (1946). For more Disney Animated Shorts, click here. 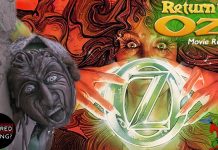 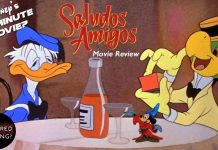 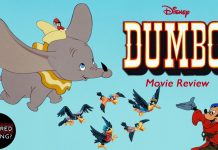