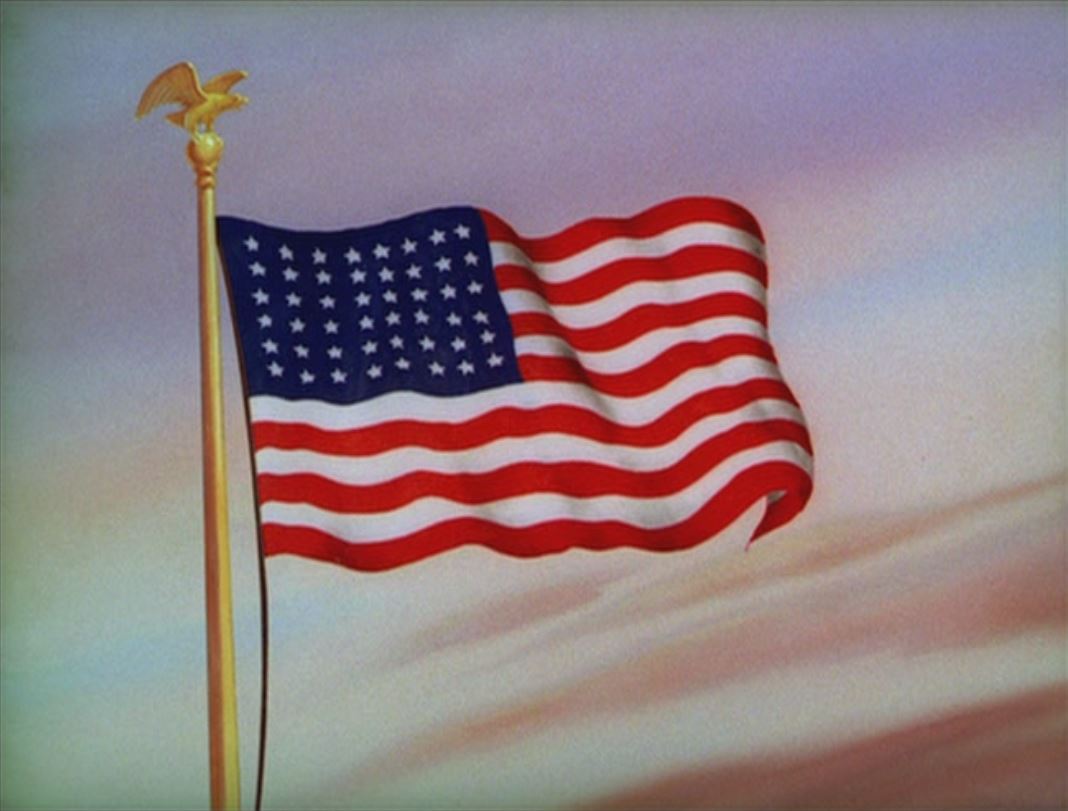 From the moment the United States entered World War II, the Disney Studio was commissioned by the government as an outlet for propaganda productions, educational shorts, and foreign relation films (such as Saludos Amigos and The Three Caballeros). With the exception of films that were already late into production such as Bambi, no new Disney features that didn’t serve any political agendas would be released until after the war ended (the first being Make Mine Music in 1946).

It was during this period that Disney produced its most atypical animated motion picture to date – Victory Through Air Power. Based on the bestseller by Maj. Alexander P. de Seversky, the film provides a crucial plea for the development of long range bomber planes and a greater focus on the air force to turn the tides of World War II. Personally funded by Walt Disney, Victory Through Air Power would become significant to the Allied war effort… 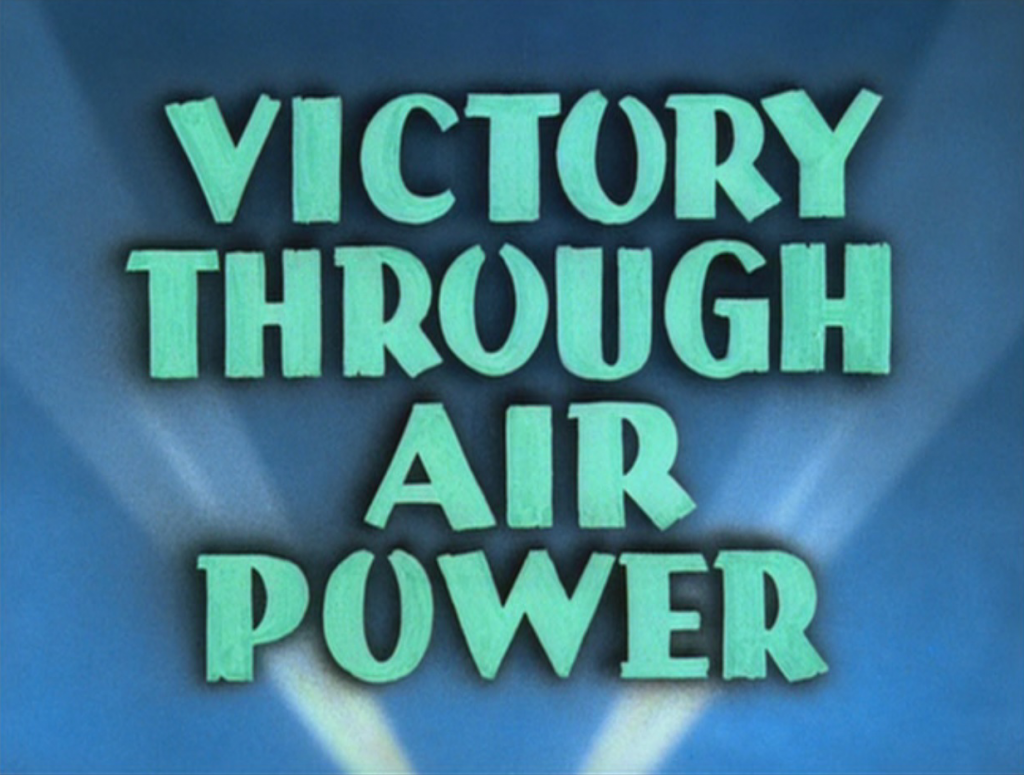 Victory Through Air Power is divided into three, roughly twenty-minute long sections – the history of aviation, an animated history of World War II until 1943, and an outline of long range bomber strategies from Maj. de Seversky himself.

The history of aviation is the most lighthearted segment in the film. It’s an amusing look at the birth and maturity of aircraft, from the Wright brothers first flight, through the infancy of bombing, and to the evolution of airplanes from World War I to World War II.

Alongside these early accounts of aviation, we are treated to the progression of aircraft weaponry such as the application of machine guns from the drawing board to practical use.

Following World War I, the evolution of planes blossomed from air racing, to the flight of Charles Lindberg, and to the preliminary structuring of major airlines. The film’s narration summarizes that the airplane was “the only weapon of war to develop such great usefulness in peacetime.” With that said, we are treated to more modern plane designs from the single engine racer to the more sleek, shark-like designs of long range fighters.

At this point, we are introduced to Maj. de Seversky himself as he recounts the history of World War II. This section (if not the film as a whole) should have a place in every classroom in America as it’s a simple yet profound examination of how Hitler was able to take power using advanced technology and aircraft to overpower Europe’s antiquated means of defense. As the world scrambled to create more naval ships and fortify the trenches of World War I, Hitler was able to use aircraft to deliver preliminary and devastating attacks while utilizing U-boats to disrupt naval rearmament. 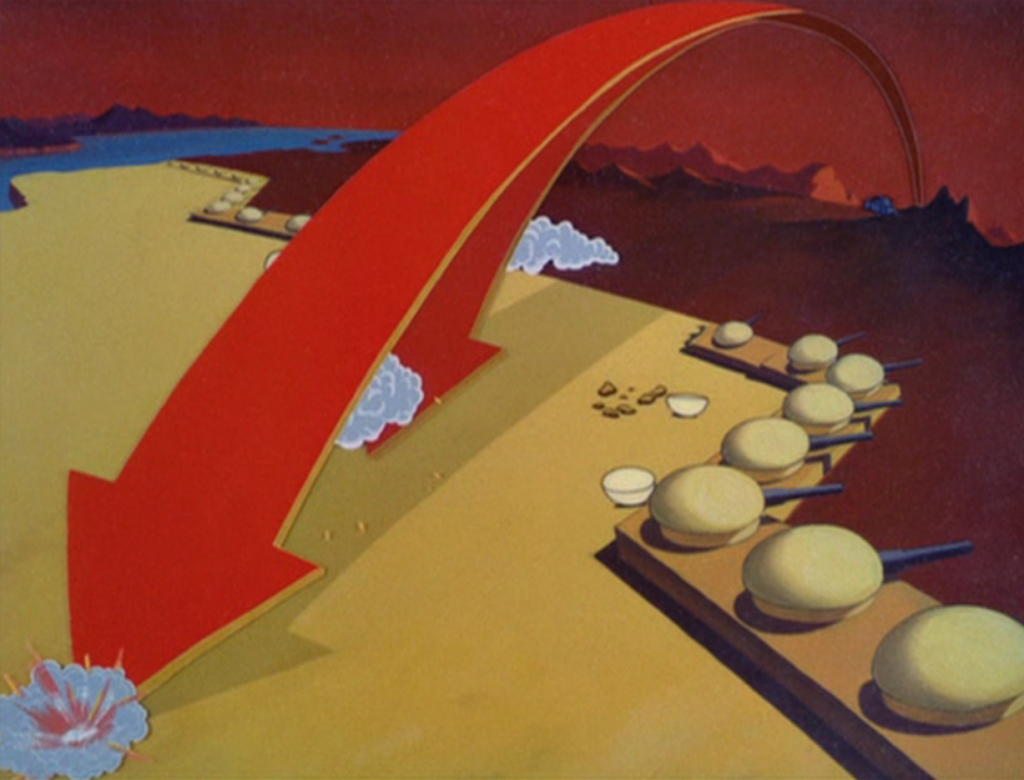 As quoted from Maj. de Seversky’s titular book, and later by President Dwight D. Eisenhower, “it is though a bow-and-arrow army, having been routed by gunpowder, sought to win back lost ground by throwing in yet more bows and arrows.” This serves as the basis for Seversky’s radical propositions later in the film.

The history lesson comes to a close with a recreation of the grim attack on Pearl Harbor and America’s entrance into the war.

One of the most interesting aspects of this animated history is the comparison of World War I and World War II air battles through depictions of aerial dogfights and their statistical evolution. Whereas in World War I we had planes flying at one mile a minute with the capability of firing 2,400 bullets within that same time allotment, World War II saw increases to six miles and 9,600 bullets per minute respectively.

This segues to Maj. de Seversky’s primary thesis and proposed strategic restructuring of the air force. Utilizing animated diagrams, he implores that the continuing fixation on outdated naval and ground tactics would lead to widespread failure. The Axis’ control of air power gave the enemy total mobility of the sky above, outmaneuvering and striking down hulking battleships despite their firepower. Along with the correlated attacks by U-boats disabling supply runs, the Allies’ armaments were running thin at an exponential level for as soon as the metaphorical champagne bottle christened every new ship, they were immediately vulnerable to destruction.

The solution: long range air power, freeing the dependence on distant air bases and the treacherous oversea supply lines. With this renewed focus on long range aircraft, Seversky urges that “the enormous flying range and destructive power of these planes will transform the entire surface of our planet into a battlefield. The distinction between soldiers and civilians will be erased.” Cryptic yet dolefully prescient words indeed.

In addition to a supplementary concentration on the creation of the “most devastating explosives ever conceived by science,” America would be able to strike more damage from above than it could ever hope to do so via a costly ground battle. In one infamous example, he proposes a rocket bomb with the power to penetrate heavily shielded areas such as U-boat pens. 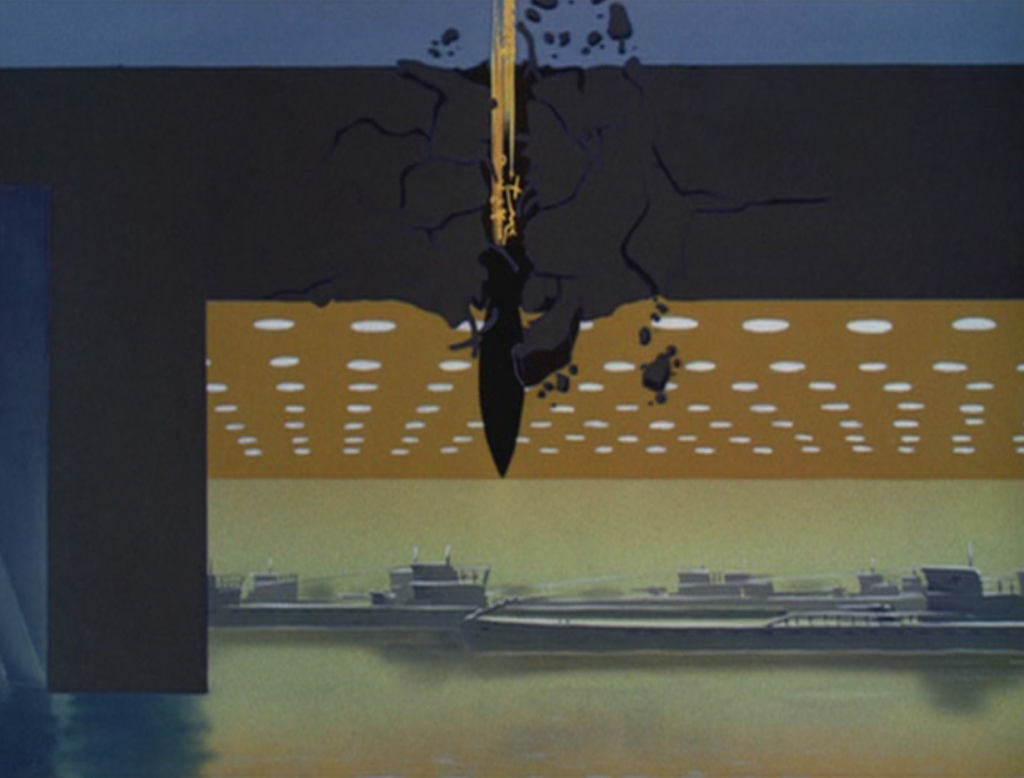 This inspired proposition encouraged the British to develop such a projectile which they dubbed the “Disney Bomb.”

After a montage of long range bombers equipped with these neoteric explosives bringing utter devastation to Japan (hauntingly foreshadowing the eventual atomic attack), the film comes to a spectacular, if not overtly blatant, patriotic ending depicting an eagle (standing for the U.S. air force) doing battle with a giant octopus (Japan). Every strike from above prompts the octopus to lose its grip of power leading to a ceremonious triumph.

Victory Through Air Power is the most anomalous of the Disney animated features. With the exception of the history of aviation sequence, no part of the film was ever shown following the war until 2004. It’s not difficult to discern why Disney waited so long to release the film on home video. Beyond the now politically incorrect depictions of Germans and the Japanese, the film offers little appeal to children (despite of, or perhaps because of, the history lesson). Instead, Victory is directed squarely for adults and provides a rare example of an almost entirely animated documentary motion picture.

Not only is it unique among animated features as a whole but it’s also the kind of film you don’t see get made anymore, even with consideration to its wartime ties. It’s the type of propaganda that has all but dissipated from mainstream films let alone anything that would be developed and released theatrically under the Disney banner. Imagine if Disney ever produced something like it again, only contemporarily relevant…

This marks it as one of the most fascinating endeavors the studio ever produced, especially from today’s historical perspective when we know the full outcome of the war. Notwithstanding, it is a flawed movie when viewed from a narrative lens. The history of aviation section doesn’t quite gel with the rest of the film and feels rather protracted. Perhaps this was done to help lengthen the film past the one hour mark, but it contributes to the film’s unevenness. The comedic undertones provided in this early third are thoroughly eradicated with the onset of the World War II section and attribute to a slight degradation of Victory‘s principal tone.

After Seversky takes center stage, it is to his and Disney’s credit that the film doesn’t boil down to a monotonic lecture. Although not particularly engaging, Seversky maintains a down-to-earth and well spoken manner without ever patronizing his audience. In conjunction with some clever animated allegories in his presentation such as Japan’s hold on the Pacific being depicted as octopus tentacles…

…the overall message is made effective despite the film’s structural disparity.

Victory Through Air Power would serve to be extremely influential in the Allied war effort. After viewing the film, Winston Churchill would conclude that Seversky’s intent was sound and would invite President Franklin D. Roosevelt to a viewing at the Quebec Conference a month later (where, also of note, they would agree to share nuclear technology). Roosevelt would concur with Churchill and the United States thus made the commitment to a long range bombing strategy. Though the war came to a horrific climax with the aircraft bombings of Hiroshima and Nagasaki (an act that, should be mentioned, was later questioned by Seversky himself who claimed that there was little strategic value of bombing these nonmilitary targets beyond their propagandist and psychological impact), it cannot be contested that victory was indeed achieved through air power.

I guess this makes up for the one I lost for Dumbo?

What do you mean? 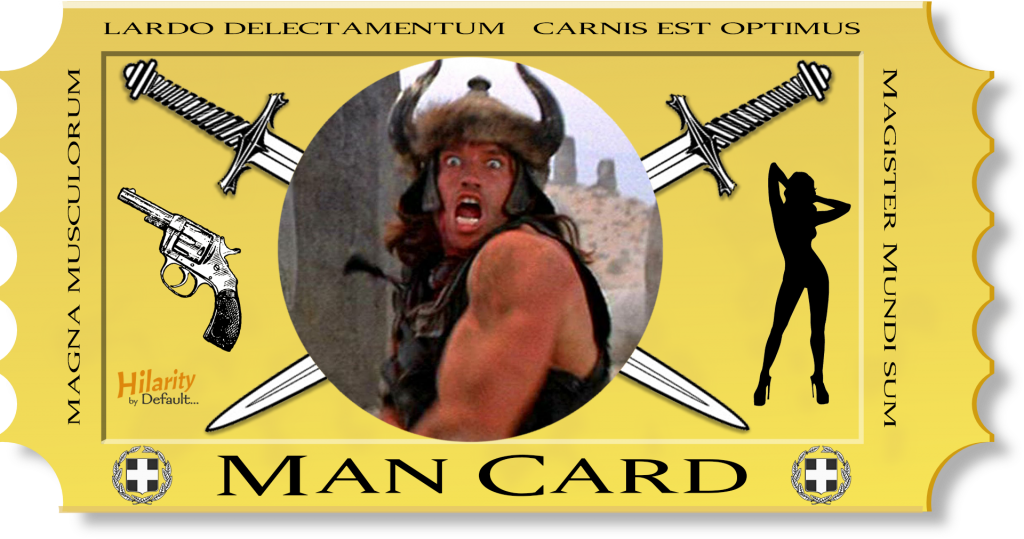 Join us next time as Mickey Mouse himself goes to war in “The Barnyard Battle” (1929). For more Default Disney, click here.