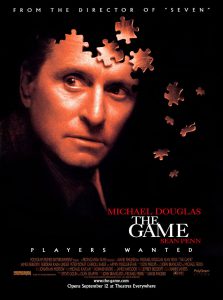 The Game plays out an interesting premise – what if you were presented with a specifically tailored, life-changing adventure that can unfold in unexpected ways within your everyday life? The idea is so intriguing that I doubt many would pass on the opportunity if only out of mere curiosity.  That’s exactly what happens to Nicholas Van Orton (Michael Douglas), a cynical, successful businessman leading a lonely, plain cardboard life despite his wealth and mansion. When his estranged brother (Sean Penn) gives him a strange invitation to participate in the enigmatic Game (run by the equally cryptic CRS Corporation) on the anniversary of their father’s suicide, Nicholas, against his better judgment, decides to give it a try. Mysterious circumstances immediately begin to befall (including a particularly creepy encounter with a life-sized clown laid out on the very spot of his father’s suicide) and Nicholas ends up running for his life, questioning the reality of the world around him – is it really happening or is it all just part of the Game?

The film moves at such a brisk, deliberate pace that it almost breezes by the obvious plot holes of the set-up – almost. The premise, as compelling as it is, begins to fall apart like the jigsaw puzzle that make up its opening credit animations upon closer examination. The level of control necessary to create such an elaborate adventure that spans continents and counters for every conceivable alternative path of its player is admittedly ludicrous. The NSA can only wish to have such a level of surveillance as the CRS Corporation has here. 1972’s Sleuth, starring Laurence Olivier and Michael Caine, explores a similar concept but is markedly more believable due to the fact that the game played in that film takes place in a single location, equally pitting a more realistic scenario countered with a claustrophobic setting.

Yet, with a heavier suspension of disbelief applied, The Game can be quite fun. Michael Douglas single-highhandedly carries the film which, by the very nature of its plot, requires him to appear in practically every second of screentime. His slow, frustrated descent into disorienting labyrinths of the Game is fascinating despite a few plot-necessitated leaps in logic. 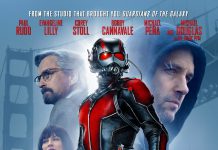 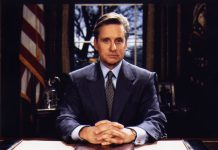 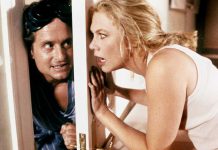