As heroes go in pop culture, it’s impossible to deny that Indiana Jones is a key figure of modern folklore. A favorite in the childhood of the founder Hilarity by Default (NGSC Sports‘s partner for this series) and many others who revere the archaeologist turned swashbuckler (in his first three movies at least). In his films, Jones would head out on adventures all over the world to recover artifacts in search of “fortune and glory.” In his every success, he was easily the central figure in all the victories along ragtag teams of sidekicks including a feisty tavern owner/girlfriend, a whimsical curator capable of getting lost in his own museum, a rogue ship captain, an excavator who is the best digger in Egypt, an orphan from the streets of Shanghai, a popular female vocalist, and his grumpy archaeologist father. In MVP fashion, Indy leads these rabbles to recover the Ark of the Covenant, Sankara Stones, and Holy Grail against all odds. Sounds a lot to me like first-ballot Hall of Fame NFL quarterback Peyton Manning carrying the Indianapolis Colts to his first Super Bowl victory.

Manning was the undisputed leader of his offense. He was capable of dictating strategy and tactics on the field in a fashion where few people could even remember the name of his offensive coordinator. While we cited Tom Brady as having guidance from his head coach Bill Belichick in last week’s Why Wolverine is like NFL Quarterback Tom Brady, Manning was more like Dr. Henry Jones Jr. under center explaining why ‘X’ never ever marks the spot . . . unless, of course, it is a Roman numeral for ‘ten’ in a Super Bowl’s logo. That, being said, every now and again, he’d proverbially crack his whip to clear a ravine or battle a tank. One such example is the play below.

Leading unlikely teams to victory is something plenty of heroes do in nerdy lore. The question must be asked — what actually makes Jones a better comparison to Peyton Manning? For example, a captain of the Starship Enterprise would be a fine parallel — specifically Star Trek: The Next Generation’s Jean Luc Picard. Picard is widely regarded as the most intellectual of the various Star Trek captains. Why can’t he be Peyton’s Nerd Culture counterpart?


Generally speaking, Captain Picard always has the same crew at his disposal. Moreover, while the makeup of his squad may span multiple species, they remain the same throughout the life of his story.Indiana Jones actually changed his team with every installment of his lore much like Peyton changed teams after recovering from his neck surgery. Though in fairness, at no time during a football game did Archie and Peyton Manning ever both turn in response to someone calling out, “Mr. Manning.” That’s one way they don’t keep up with the Joneses.

The other way Dr. Jones is similar to his pigskin slinging counterpart are his successes; rather, his perceived lack thereof. Peyton Manning took the Colts to two Super Bowls (winning one) while posting 11 10-win seasons. Similar to Indy and his acquisition of the Ark of the Covenant, final Sankara Stone, and Holy Grail, at day’s end all he got was a crisp handshake or a wave goodbye . . . maybe. Manning, as a Colt, was labeled and criticized as a “choke artist” more often than he was praised until he won his second championship with the Denver Broncos. Granted, it’s not like the all-time great field general was fighting Nazis, but there are plenty of NFL fans that believe that the New England Patriots organization, Peyton’s arch nemesis in the postseason, is an evil empire all its own.


The final similarity between the whip cracking icon and the slinging sheriff under center is their ability to be successful in different circumstances. Whether Indy was hired by the American government, saving a village from famine, or following in the footsteps of his father on a mission sabotaged by Nazis, it didn’t matter. For Manning, after he struggled as a rookie, the quarterback led Indianapolis to countless wins with players ranging from Edgerrin James to Joseph Addai to Dallas Clark to Ben Utecht to Marvin Harrison to Austin Collie. But in 2011 Manning was sidelined to undergo surgical spinal surgery where the Colts won only two games. In 2012, the Denver Broncos brought the veteran tactician under center where he took them to the Super Bowl and two seasons later to a Championship victory. 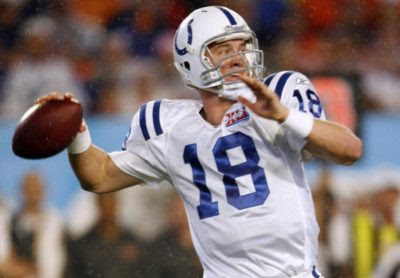 And the best thing about Peyton Manning concluding his career as a Bronco? It prevents me from making some corny reference that this is an analysis comparing a guy named Indy and someone who played in Indy. 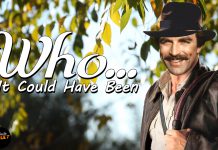 Who It Could Have Been: Jack Sparrow & Indiana Jones 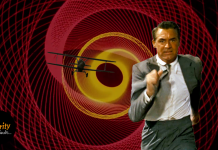 6 Films That Should Be Best Picture Winners 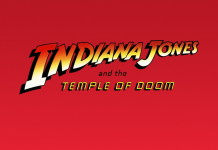 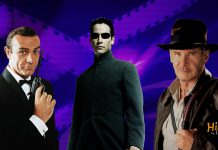 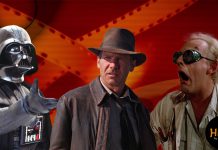 Battle of the 80’s Trilogies