Welcome to Default Assault – the podcast where we take on everything by default! Today we’re bringing you a special treat: our first unaired pilot episode where we explore six films that we feel should have won Best Picture Academy Awards. Who were they up against? Would they have won if they competed in a different year? All that and more!

Apologies for the poor audio in this episode as it was the reason we held it back originally. This was our initial test run for the series and upon discovering the audio issues we were able to provide a better experience for our first official episode. After considering scrapping it, I was persuaded to release it due to the interesting subject matter and debate. Enjoy!

Didn’t see a movie you feel should have been on our list? Let us know in the comments below! 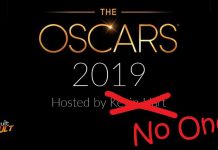