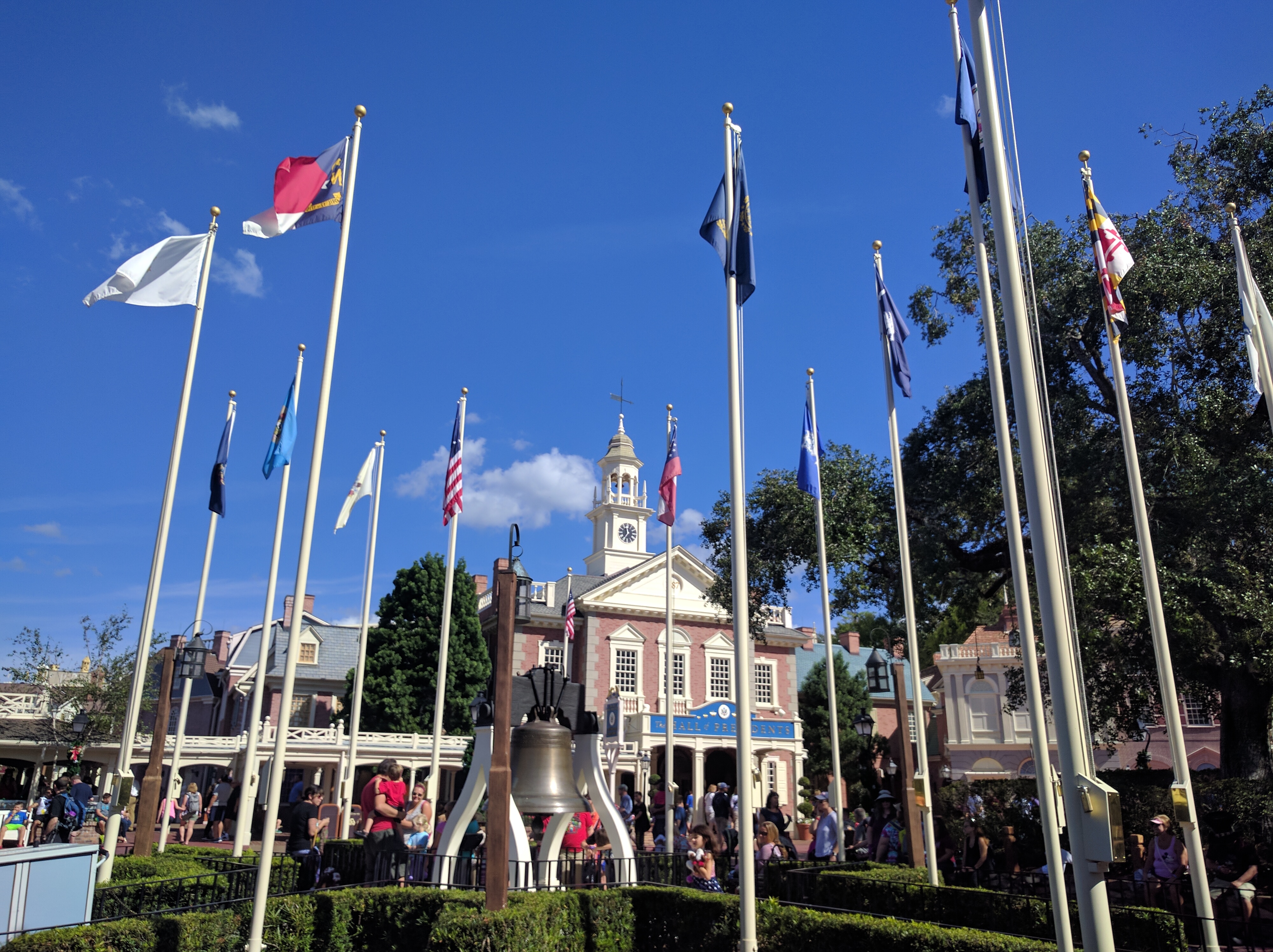 2017 has gotten off to a weird, entertaining, and generally insane start. Heck, if I ever started focusing on politics on this site – a topic capable of generating equal amounts hilarity and terror – it’d either quickly dominate everything I wrote or would earn me similar scorn from trolls and political ideologues alike. With that said, however, there is one topic I thought I’d bring up as it neatly falls within my personal wheelhouse: Donald Trump will soon be starring in a Disney World attraction. 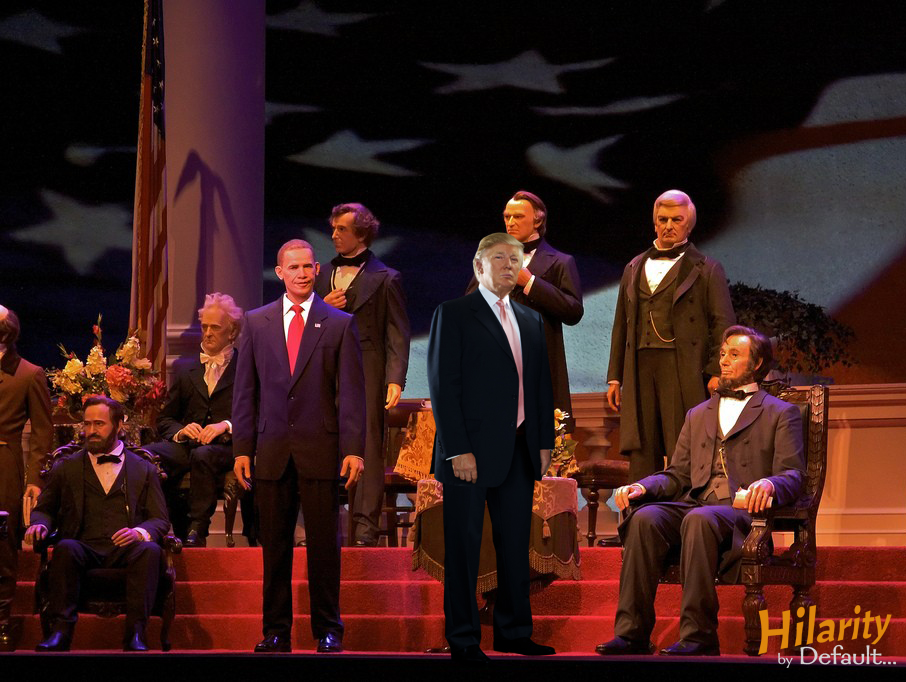 I have many friends on both sides of the political spectrum and I often enjoy a hearty debate on many topics. Donald Trump’s election was a considerable blow to many on both sides of the aisle but few reactions compete with those of many Disney World fans. The slow, wide-eyed, mouth agape holy terror of comprehension that sweeps over when they realize that Trump will forever be immortalized in the Magic Kingdom‘s Hall of Presidents attraction. Not even the Happiest Place on Earth is far removed enough for one to momentarily forget the crushing consequences of reality. Which makes me wonder: since Bill Clinton, every president has personally recorded a speech for the attraction. What would robotic Trump’s speech be like?

“I want to thank everybody. Very, very special people. We’re at Disney today so we’re not talking about balls, or speeches, or Crooked Eisner although he did treat me nicely that one time. He made good deals even though he was part of the dishonest media, but he treated me nicely. But I want to say that there is nobody that feels stronger about the Disney World community and the resorts than Donald Trump. There’s nobody. The Epcot ball to me is very, very special. Oh, I guess I said we wouldn’t talk about balls. ‘What are you saying Donald?’ they would say. But it’s special, believe me.

“You know, people ask me all the time. They come up in the streets, smart people, and ask me, ‘Mr. Trump, I want to ask you something,’ and I say, ‘Why sure, go ahead.’ Now I don’t brag. Braggers are stupid people. Morons. But people ask, and I have to tell them. It’s true, I don’t wear a toupee. Zero toupee. It’s my hair. I swear! It’s mine. It’s mine. But you know what, folks? Robot Trump isn’t real. I know, it’s hard to believe. Many, many Disney people have done a tremendous job but nobody builds robots better than me, believe me. But Disney is good. I’d build them very inexpensively, but they did good. But Robot Trump is the best Trump. Robot Trump will not take a vacation while billions and billions are out there not winning. It’s out of control. Losing. But Robot Trump is so powerful and bigly that I can actually make the other robots up here tell the truth. It’s true. Pervert alert, Robot Bill Clinton is here. All girls under the age of 18, please head towards the back of the theater. Nah, I’m kidding, I’m kidding, but really.

“I’m glad to be here in the magic of kingdoms. No really, there are some good, great people here like Donald and Goofy and Pooh – tremendous people – but I’m gonna be honest. I know I don’t have to say it but I will because I’m an honest guy and I like being honest, believe me. Minnie is very unattractive. No really. I know, I know, that’s not a very politically correct thing to say. It’s probably because she’s a mouse, but I shouldn’t say that, no, I shouldn’t. I always insist on being politically correct. She’s the best mouse. But political correctness is killing our country. Sad!

“But you know, being here at Disneyland, it’s tremendous. There’s no Trump hotel but I won’t hold it against them. I see the people and I think, ‘Gee, look at all these people. That’s good. Look at those amazing faces.’ There are people here from many, many countries. China. Russia. New York. Some good people from Mexico. I beat China all the time but they make good deals. Big deals. I have great respect for China – Tokyo Disneyland is terrific – but they’re killing us with trade. You know, China in a certain way, is the new Mexico. Have you been to Epcot Center? They have a world thing back there. It’s terrific. Winning. But the America house is the biggest. It’s a disaster but it’s the biggest. Very, very classy.

Yep, Disney is going to have a great time when Robot Trump makes his debut this summer. It’s going to be tremendous, believe me.