This week, we’re taking a look at the coming thing itself, the very first feature length episode of THE ADVENTURES OF BRISCO COUNTY JR. starring the inimitable chin of Bruce Campbell. When the legendary US Marshal Brisco County Sr. (R. Lee Ermey) is murdered attempting to round up the venomous John Bly (Billy Drago) and his gang out of outlaws, his college educated son is hired by a group of robber barons to track them all down and complete his father’s work.

Along the way, he faces off with a rival bounty hunter, a duplicitous femme fatale, an ambitious inventor, an underground Chinese gang, and a strange unearthed foreign object capable of gifting incredible powers to its possessor.

Join us every week as we cover all 27 episodes of The Adventures of Brisco County Jr. 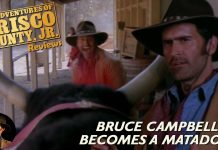 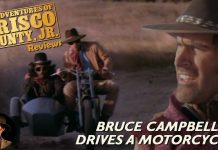 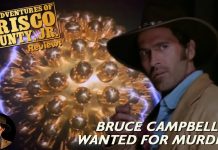 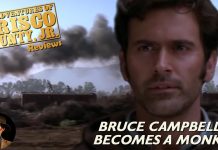 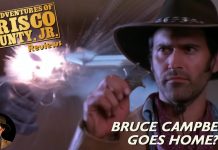 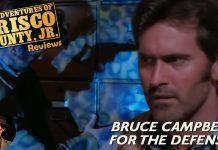