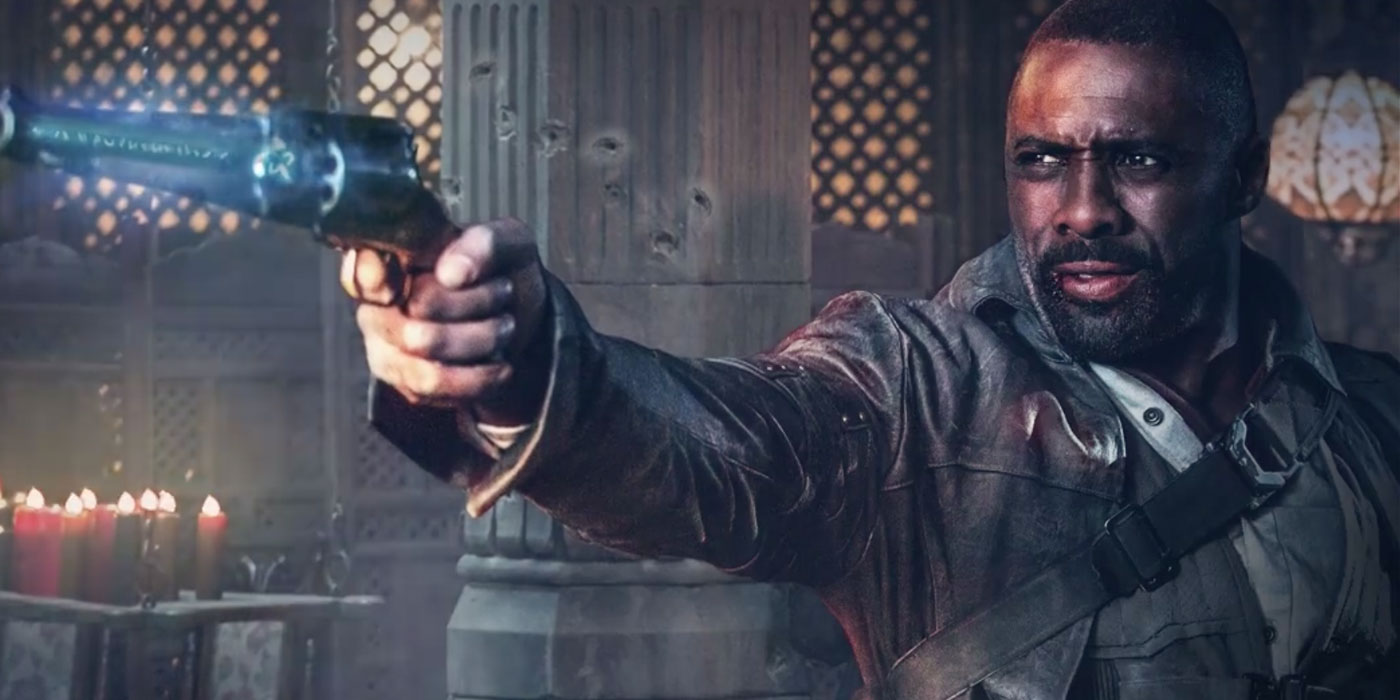 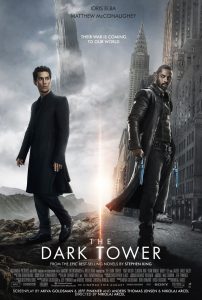 Watching The Dark Tower, I experienced a brand new cinema-going annoyance which is quite a feat considering how often I see movies in theaters. Name a common pet peeve and I’ve probably struggled with it at one point or another. Screaming kids? Check (I can’t imagine why those preschoolers didn’t enjoy The Hateful Eight). Smartphone screens beaming like airport spotlights? Check. Nauseating smells and obnoxiously loud conversations? Double check. Yet with The Dark Tower, I was in for something new.

Ten minutes into the film, I started seeing large puffs of smoke rise in front of me, thick enough to create a refracted light show rarely found outside of Disney nighttime theme park entertainment. No, this wasn’t an immersive 4D sensorial experience (I’d be much to frightened to try that with a film titled The Dark Tower) and the theater hadn’t spontaneously burst into flames. Rather, it was a guy in front of me piping away on his cherry flavored vape pen (or so I could discern from the smell). In a situation like this, I would normally have taken action but given that The Dark Tower was playing out to be a dull, uninspired, lifeless mess, I opted to settle for the far more entertaining light show.

After years of experiencing a series of recurring nightmares revolving around a cosmic dark tower, a young New York boy (Tom Taylor) discovers a portal to a dystopian alien world. His visions having been confirmed, he partners with Roland Deschain (Idris Elba), a legendary gunslinger tasked with protecting the titular Dark Tower from evil with his trusty Excalibur-forged revolvers. One such evil, a terrifying sorcerer named Walter (Matthew McConaughey), a.k.a. “The Man in Black,” ruthlessly pursues the boy across dimensions believing that his “shining” abilities may hold the key to bringing about the Tower’s ultimate destruction.

Having not read Stephen King‘s massive eight novel opus the film is based on, I can only speculate the massive disappointment this adaptation should be to book fans. Touted as a sequel to the series with storylines inspired from the novels (in whatever way that works), the resulting product materializes in a distilled, anemic form. There are hints of a far more layered, intriguing epic at play but they are boiled down to a trite 90 minute run-time that itself feels like its been cobbled together from four different puzzle sets attempting to create a single picture.

Worse still, there are enough pieces missing that there is a sense that one must be decently versed with the novels beforehand to truly understand the machinations of the plot – the same audience that would likely abhor the picture! When people walk out asking questions like, “So what the hell is the freaking dark tower and how does it actually protect the universe?” for a film entitled The Dark Tower, the film has failed on all fronts. No, the movie doesn’t pose such enigmatic questions about the tower for philosophical debate; rather, it’s simply a MacGuffin to set up a tired NeverEnding Story narrative frame of a bullied, lonely child suddenly being whisked away to a world where he holds the key for salvation (instead of a whimsical, magic luck dragon, he gets a burnt-out, gun-blazing unfortunate recluse).

Damningly, the film manages to make Idris Elba a shallow figure. For a majority of the first half of the film, his character is a pure exposition device. Despite a clear aim to emulate Clint Eastwood‘s mysterious “Man with No Name” persona, the character is undercut with a reveal of the triggering event behind his “cryptic” backstory in his very first scene – a random dream sequence flashback that feels oddly spliced in from a different part of the film. Neutered by bad editing, the Gunslinger is left as nothing more than a revenge driven shell of a potentially engaging character. Mercifully, there is an improvement as the film approaches its second half with the tone-defying presence of some fish-out-of-water comedy, but it’s too little too late.

Matthew McConaughey, on the other hand, seems like he’s attempting a strange Christopher Walken Prophesy imitation. Although some may condemn it as a walk-on, paycheck cashing role (an accusation that may be merited), he does command every scene he’s in, providing at least a single spark of flair to the proceedings.

Overall, The Dark Tower is a middling late summer effort and an utter waste of talent for everyone involved. Given the wealth of material present in King’s tome, this project would have been far more suited for an HBO series. It’s not surprising to discover that at one point in production, when under Ron Howard‘s guidance, it was to be a large scale TV series with seasons capped off with theatrical film releases – an unprecedented endeavor. Despite such early aspirations, The Dark Tower will unfortunately mark nothing more than yet another forgettable King adaptation.