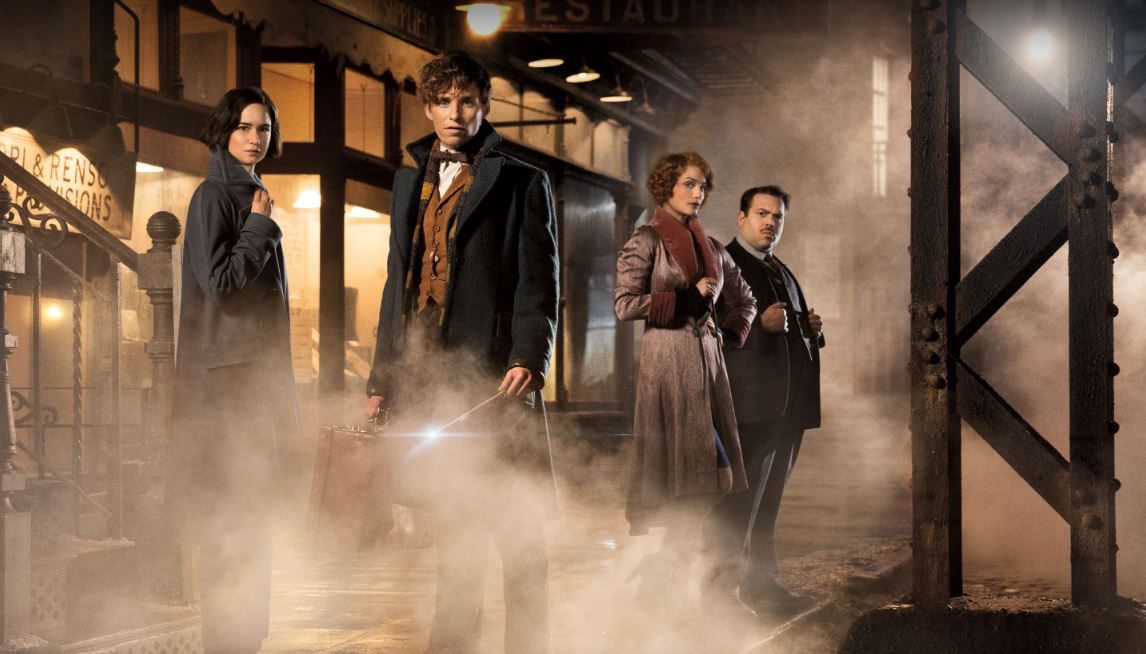 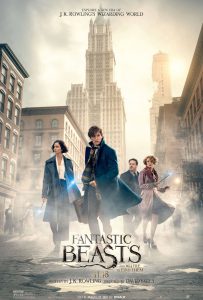 Fantastic Beasts and Where to Find Them is the ninth entry in the Harry Potter wizarding world film universe (or the first, due to it technically being a prequel). Set in 1926 (about three quarters of a century before Harry’s adventures), it follows the remarkable journey of “magizoologist” Newt Scamander (Eddie Redmayne) who, after disembarking in New York City, suddenly finds himself in a heap-load of trouble when his enchanted case containing countless magical creatures is accidentally swapped with unwitting, aspiring baker Jacob Kowalski (Dan Fogler), a No-maj (non-magic user) everyman with a heart of gold. When the creatures inevitably get loose, Newt and Jacob find themselves scrambling to find said fantastic beasts while outrunning the American wizarding government who are already on edge due to a string of mysterious magical attacks in the city that threaten to expose their world.

As I sat down to watch Fantastic Beasts, I looked around to a packed theater crammed with fans decked out in all sorts of wizarding costumes, wands, and fake glasses (not to mention one strange fellow dressed like an owl). The first preview to play was rather appropriate: the latest trailer for Disney‘s upcoming live-action remake of Beauty and the Beast. As it ended, I had to resist the urge to stand up and shout, “Dammit, I know where they are now! The beasts are in a castle in France! Thanks for the spoilers!” The army of surrounding “Potter-heads” would have no doubt bludgeoned me to death with their broomsticks while repeatedly stabbing me with their fiber-optic wands.

Outside of Star Wars, never have I experienced a dedicated fanbase as overwhelming as the one the Harry Potter books and film series have earned over the last two decades. And “earned” is definitely the most suitable word to describe the phenomenon that has managed to maintain a high-level of quality and, dare I say, enchantment throughout. Does Fantastic Beasts live up to its pedigree? The girl in her late-twenties sitting behind me bawling as the title screen came on would certainly agree so. By the end of the film, even I was slightly misty-eyed and not just at the thought that I’d be driving on the same roads as a guy in an owl costume. 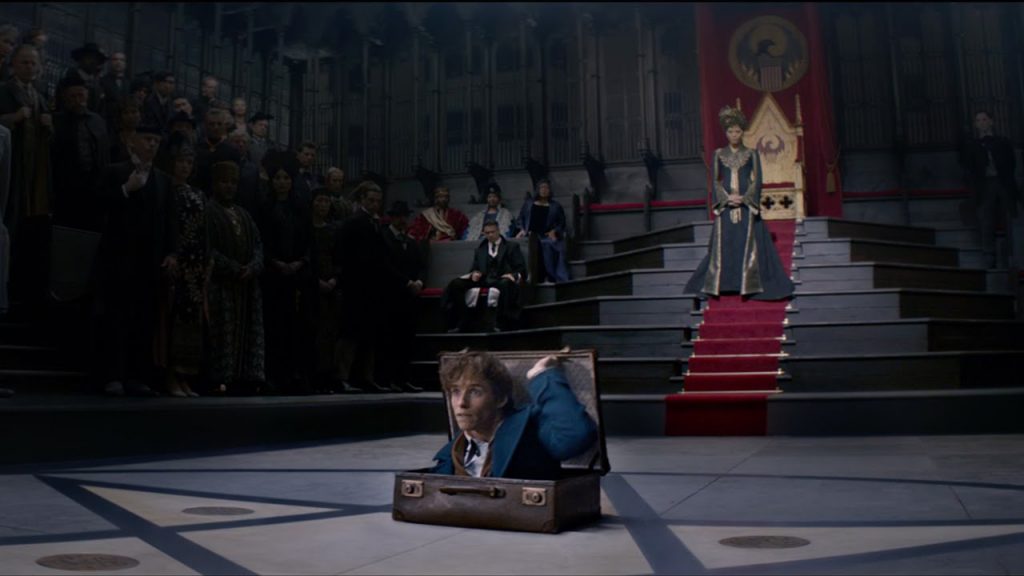 There’s much to love in Fantastic Beasts from its pitch perfect cast to its incredible recreation of 1920’s New York. Eddie Redmayne feels like he’s always belonged to Harry Potter’s wizarding world delivering a charming, vulnerable performance as the lovable Newt Scamander. You never doubt that he has a true, genuine passion for the magical creatures in his possession and it is this passion that presents the film with much of its core heart along with Dan Fogler and his romance with the giddy and flirtatious Alison Sudol. Their Romeo and Juliet, wizard and No-maj relationship is elating, providing surprising gravitas and laughs without teetering into the trap of love-at-first-sight comic irritation. Katherine Waterston provides a good foil to Redmayne as a disgraced auror who unexpectedly finds herself aligned with his plight after his arrest places her in the crosshairs of the dubious Percival Graves (Colin Farrell), Director of Magical Security and her boss.

The film, scripted by Potter author J. K. Rowling (her first screenplay for the series), is at its best when it lives up to its title. Newt’s hunt for his fantastic beasts throughout old New York City is a joy that takes him from Central Park to Macy’s. His blind determination is a source of utter hilarity (not just by default), especially when viewed through Fogler’s dumbfounded eyes, and the creature designs are variably cute and intimidating. Where the film drags, however, is its competing plot thread following Graves’ search for the source of the unrelated terrifying attacks on the city – a search that takes him to a ministry group with aspirations to reignite the Salem Witch Trials. Perhaps a bit too on the nose, these scenes are disjointed as if they were part of another film entirely. When this plot thread eventually crosses paths with our main characters more directly, it works a bit better yet it remains the weakest part of the film. 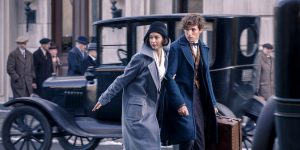 Perhaps the most relieving aspect of Fantastic Beasts is that it isn’t too reliant on the previous films of the series. Avoiding the pitfalls of many prequels, it resists including an unending parade of younger versions of original series characters and overly conspicuous callbacks (i.e. the Star Wars prequels). Despite references to Hogwarts and Dumbledore plus an appearance by a villain who will no doubt play a major role in the upcoming sequels (Potter fans familiar with a certain backstory will take note of this), the film never feels like it exists solely to set up the original series. Smartly, it tells its own story. Of course, this may change in the sequels, especially for those who know how this thread plays out, but if this first Beasts is any indication, it may very well end up being a fantastic journey.