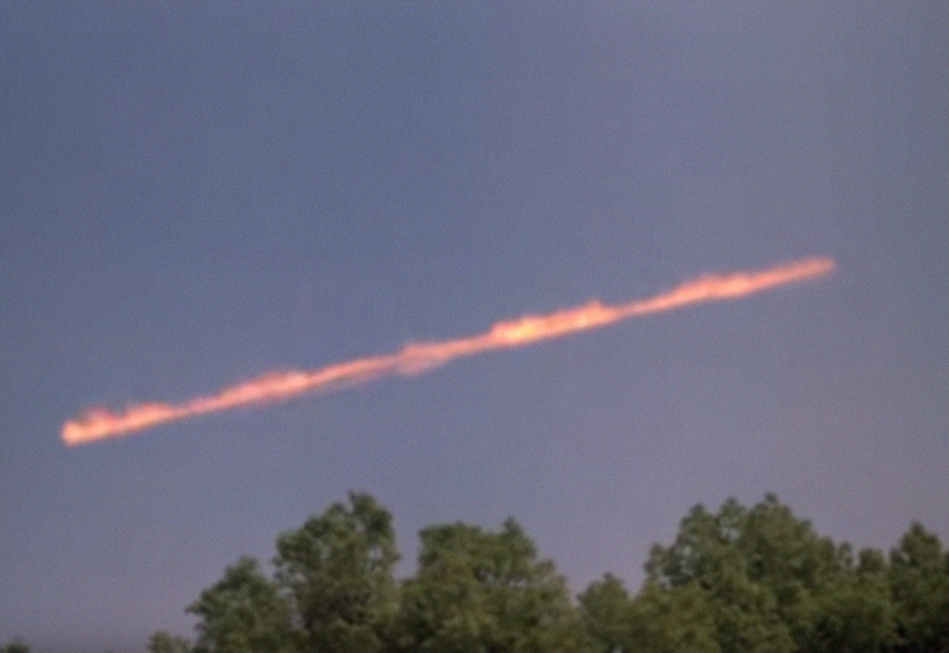 HILL VALLEY – At 4:29 PM, a flash of light overhead downtown Hill Valley interrupted commuters finishing an otherwise normal workday. Some witnesses have reported an unidentified flying object appearing in the sky soon after the event with several noting that it resembled a hovering automotive. Further examination has not revealed any unscheduled publicity stunts or events although authorities are ensuring an ongoing investigation into the matter with many dismissing the claim as simply a falling meteorite or other natural phenomenon.

“At first I thought it was a falling satellite,” says one eye-witness, “but then I noticed that it resembled a flying car.” Another witness adds that she saw the alleged vehicle touch down in a nearby alley. “A wild-haired man came out wearing this ginormous yellow raincoat. He was with this scared looking kid. I think they had kidnapped a drugged-up girl!” Judy Ovitz, a local store owner near the incident, states that she had contact with a young man matching reported descriptions. “He seemed very odd,” she reflects, “Kept asking for sports scores from the last few decades. I think he seemed mentally disturbed to be honest. Had his pockets inside out for some reason.”

The suspected craft has sparked a heated online debate with the hashtag #HillValleyUFO already trending on Twitter. Local UFO-ologist Sherman Peabody remains optimistic. “It’s like a story from Tales of Space. This kind of thing just doesn’t get reported everyday but if it is true then it just goes to prove that Hill Valley may be a quiet hotbed of such encounters dating back to the 1950’s.”

Keep your eyes on Hilarity by Default for more developments on this story.

Happy Back to the Future Day!