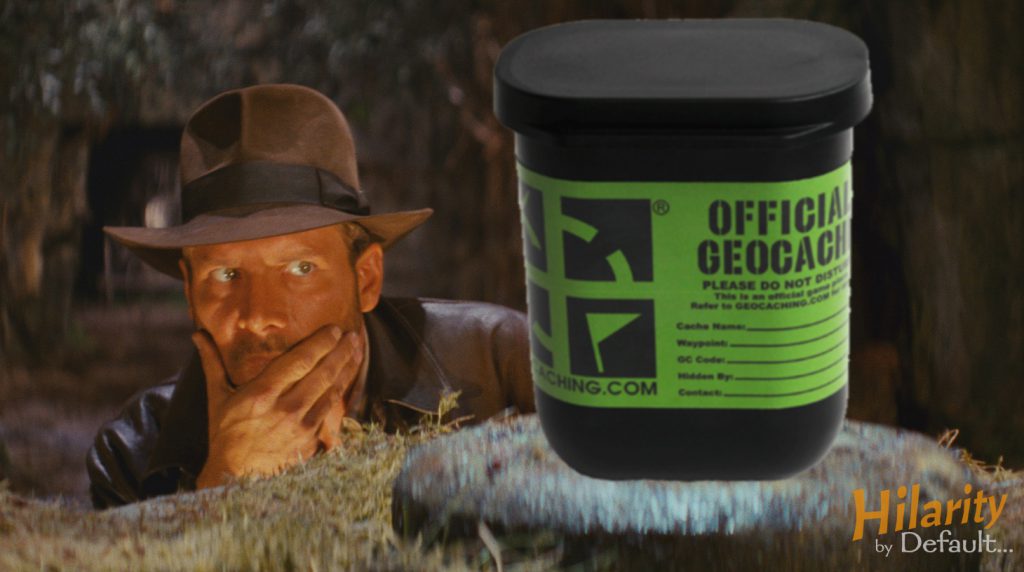 Looking for something different to do on a long, hot summer day? How does a real-life treasure hunt sound? Geocaching is a worldwide treasure hunt with over 2 1/2 million “treasures,” or geocaches, hidden throughout the globe, from the Canadian wilderness to your local park and even as far as the frozen landscapes of Antarctica. Nearly every country in the world hosts geocaches and with over six-million people participating in the adventure, it has become one of the fastest growing contemporary hobbies for outdoor enthusiasts and urban explorers. Rochester itself is home to a couple hundred hides as shown in the map below. 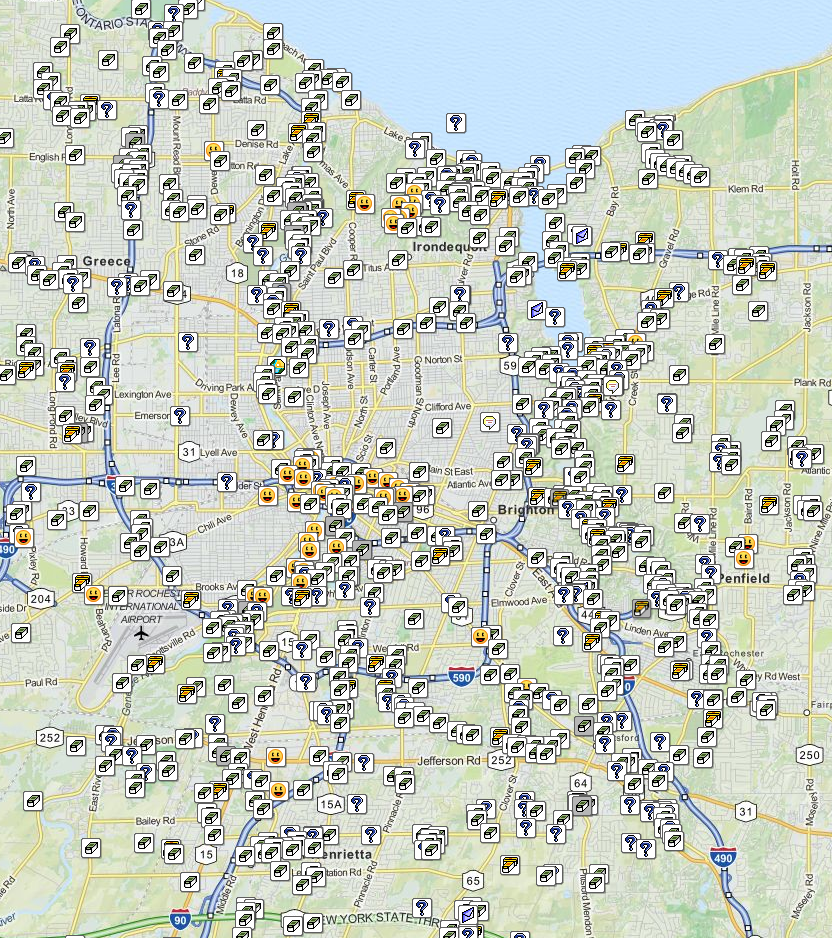 Geocaches are generally camouflaged containers hidden expertly in a variety of locations that can be found via GPS coordinates. There are many different types of hides that can include magnetic key boxes under lamposts, green ammo cans concealed in the woods, or highly creative containers designed to blend in with their surroundings such a cache hidden in a fake bolt on a road sign or a disguised pirate treasure tucked away in a fake table outside of a restaurant! 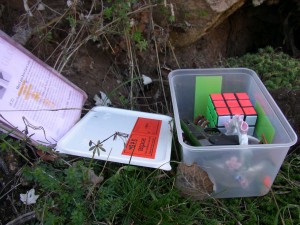 Many geocaches reward the finders, or geocachers, with an assortment of tradeable items while others exist solely for the hunt and only contain a logbook indicating that the geocacher has found the cache. While they are not protected by ancient booby traps akin to an Indiana Jones adventure, geocaches range in difficulty and terrain making them either as challenging or accessible as per a geocacher’s abilities or age group. While some do involve journeys into mountain trails and kayak treks, others are more easygoing and may only involve taking a selfie at an interesting site or finding a decanter in a Wegman’s parking lot.

While most geocaches consist of a single location and hide, there are a variety of alternative types that include multi-caches (a multi-part geocache trek that leads to a final location), mystery caches (puzzle solving to decode a hidden location), and EarthCaches (caches without a physical hide that reveal the unique geology of a particular site). Have you ever wanted to experience a live, video game-type experience? Whereigo caches, such as this one hidden at the Rochester Museum and Science Center, track geocachers through several geolocation zones as they have to answer questions or interact with virtual characters or items to proceed to their final destination.

Geocaching’s mantra has always been focused on getting out and exploring the world and within that sentiment lies the hobby’s covert joy. The real surprise of geocaching is not solely with the discovery of a geocache itself but many times the location as well, whether it’s an interesting park in your area that you never knew existed or a historic or natural wonder that has always been hidden away in your backyard. Below are five of Rochester’s best that can serve as a perfect introduction to a whole world of geocaching:

Teeny Flix (A cache by Midlife Meanderers) – A perfect beginner’s cache hidden behind one of Rochester’s most premiere sites.

Graveyard Grumble Part 1 and 2 (A cache by GPS Fool) – One of the oldest (and most atypical) geocaches in New York. Originally hidden in 2001, the “Graveyard Grumble” is a two-part geocaching challenge that takes you through some of the most noted grave-sites in Mount Hope cemetery. 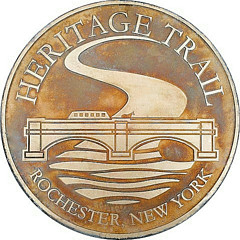 High Falls (A cache by clarkbowman) – High Falls is not only one of Rochester’s landmarks, but also a rare example of a waterfall with an urban setting. This, of course, gives it some interesting geology to explore and discover with this fun EarthCache.

The Orc’s Treasure – (A cache by Hinge Thunder & Rippie) – If you’re looking for something a bit more challenging, we suggest you give this geocache a try (although we would recommend doing so with a group). Hidden in 2002, “The Orc’s Treasure” is a treacherous journey near the banks of the Genessee River that culminates into a dark, caving venture to the final prize. With a terrain level at 4.5 (the highest terrain difficulty rating being 5), this is hardly a walk in the park but can definitely be a memorable adventure that admittedly does edge a bit more towards Indiana Jones (or The Lord of the Rings as its name suggests).

For more information, please visit Geocaching.com or watch the video below. To seek out fellow Rochester-area geocachers, we suggest that you start at GeoRoc.org.