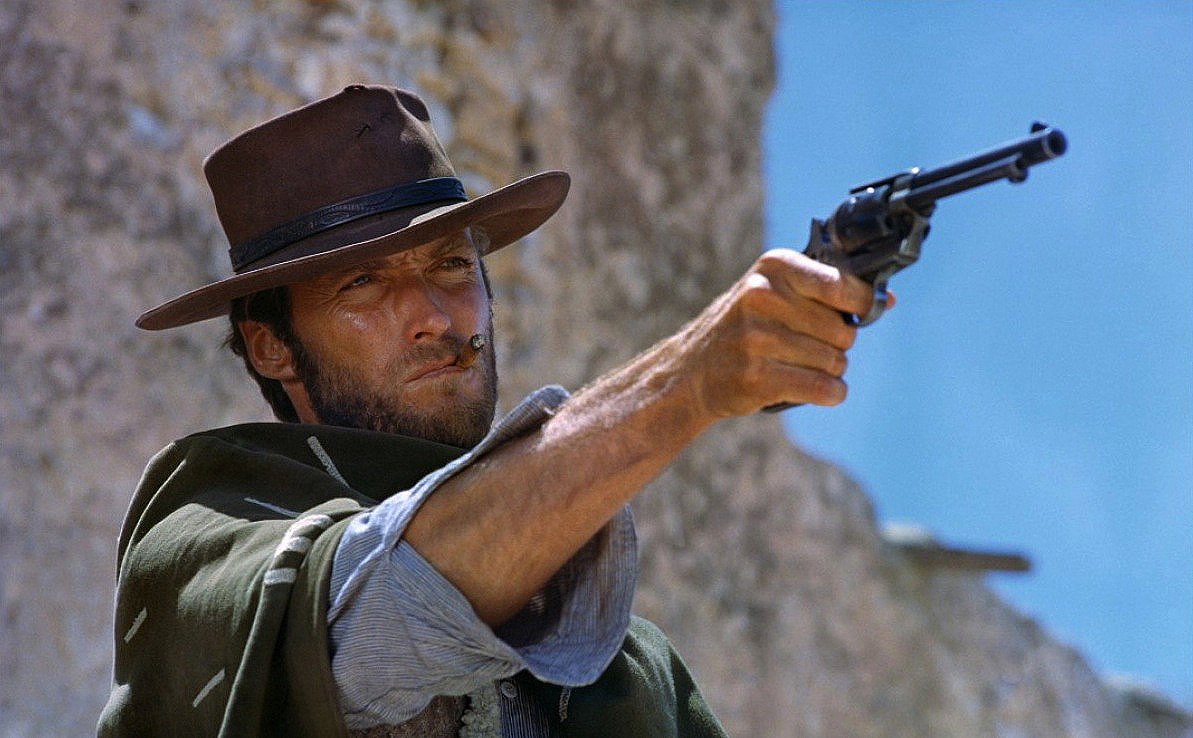 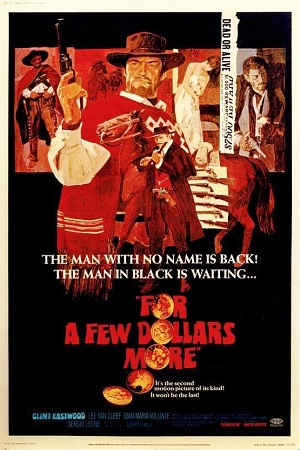 For a Few Dollars More may be the most overlooked entry in Sergio Leone‘s classic Dollars trilogy, nestled between A Fistful of Dollars and The Good, the Bad and the Ugly. While it’s the darkest of the three, it provides an excellent blend of action, drama, and memorable set pieces, all accentuated by an incredible score by Ennio Morricone. Clint Eastwood returns as the enigmatic Man with No Name as he sets out to collect the $27,000 bounty on a group of bandits led by the disturbed El Indio played by Gian Maria Volonté in a despicably wicked performance. Along the way, Eastwood begrudgingly forms an alliance with Colonel Douglas Mortimer (Lee Van Cleef) – an old bounty hunter who may have more at stake with the mission than he lets on.

Rather than repeat the successful formula of Fistful, Leone subverts expectations, playing tricks with Western cliches as well as assumptions based on the previous film. For instance, the film opens with a lone figure riding in the distance who we presume is the Man with No Name since it’s akin to his entrance in the previous picture – that is until the rider is immediately shot and the credits roll. Lee Van Cleef is introduced reading the Bible and mistaken as a reverend until it is revealed that he is an adept shootist. El Indio, the film’s primary villain, stands on a pulpit in an abandoned church telling his men the parable of a carpenter – only instead of a Biblical tale, he’s talking about the carpenter of the bank safe they’re aiming to rob! It becomes apparent from the onset that this film will not be playing by the rules and hence lays a foundation of added tension. It is through this master set up that Leone sets the stage for his dangerous play, building to the inevitable violent collision between its three leads. El Indio is a particularly intriguing villain, much more complex than Fistful’s Ramón (a role also played, incidentally, by Volonté). He kills a family in front of their captive father in his deranged version of justice; uses the chimes of a watch as a perverse prelude his murders; and smokes marijuana to ease the traumatic stress on his soul caused by an event his youth – an event that would seal his fate.

Ennio Morricone’s score once again proves to be a magnificent display of his talents. His work in the Dollars trilogy easily ranks among not only some of the best musical scores in Westerns but in cinematic history, helping enliven the characters from daring Western action heroes to an almost mythical plane. His achievements with these films played a large part in elevating them to the successes they would become, applying a brand new flavor of sound on the Western format. While there are similarities to be found between the main themes here and in Fistful, his particular composition for the musical chimes of the watch that underscores Indio’s character is both beautiful and haunting – a chime that builds to a thrilling crescendo as the film progresses and one that served as an inspiration for many future films such as, recently, the Davy Jones theme in Pirates of the Caribbean: Dead Man’s Chest.

Admittedly, the film loses some steam towards its conclusion as a particular leap in logic goads its climactic battle, yet it is easy to forgive given the strength of the final showdown. For a Few Dollars More surpasses these minute flaws and excels as one of the best Westerns in the genre, rising from the shadows of its more prominent bookends as a well-regarded classic on its own merits.