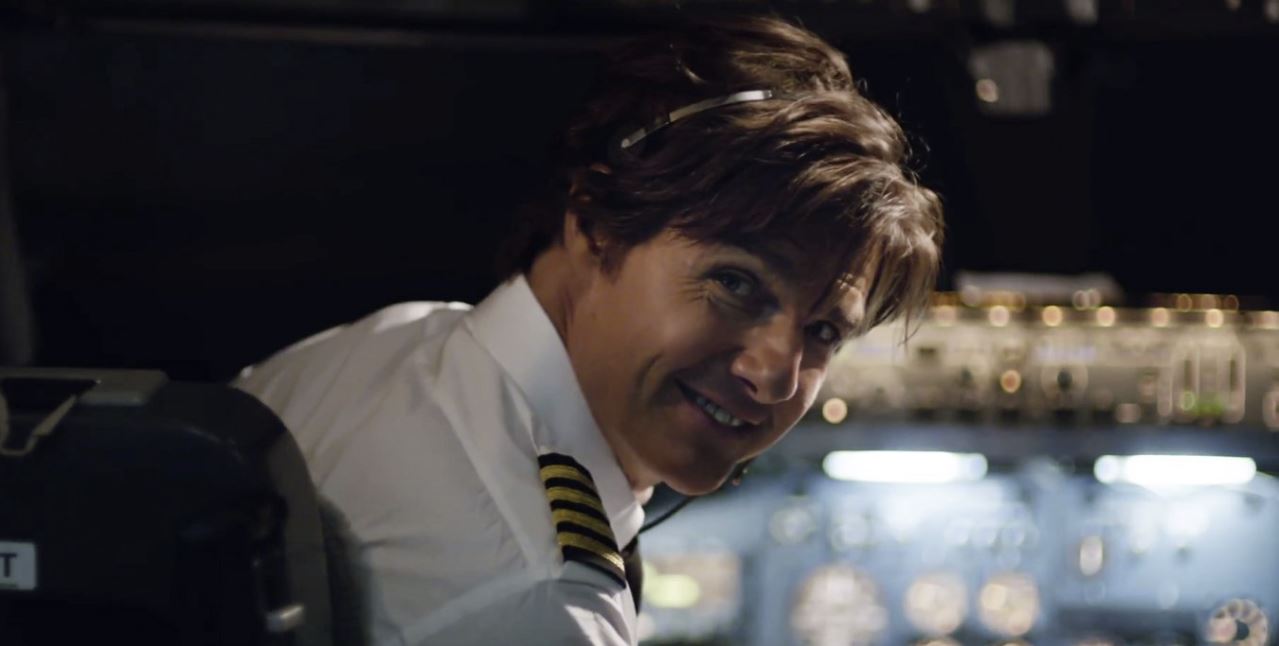 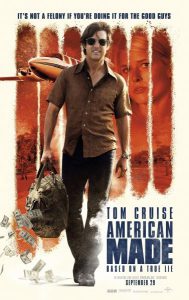 It is (too) often said that truth is stranger than fiction. For American Made, this is especially true. Based on the life story of Barry Seal (Tom Cruise), a CIA-backed smuggler for much of the 1980’s, American Made is a highly fictionalized account of the corrupt motivations and tactics in the U.S.’s war on drugs and communism leading up to the Iran–Contra scandal (it could be argued that the fiction here comes across as far more credible in comparison to reality).

Far from the heavy affair the subject would suggest, the film is told through the light point of view of Seal, allowing for some biting comedy and hilarious exposé. From his early days as a TWA pilot smuggling Cuban cigars to his recruitment with the CIA and his drug smuggling involvement with the likes of Pablo Escobar (Mauicio Mejia) and Manuel Noriega (Alberto Ospino), Seal ably saunters through the decadence around him with a hearty wink and blind eye for morality. As his escapades grow in prominence, however, the hole he digs for himself (and his countless bags of money) congruently grows deeper and deeper.

Director Doug Liman (The Bourne Identity; Edge of Tomorrow) crafts a potent, entertaining cocktail that is one part Forrest Gump, a sprinkle of Blow, a dash of Wolf of Wall Street, and a garnish of patented Tom Cruise charm. Cruise’s easy-going, hot-shot persona (with an added dose of smarm) is well suited for the A-list star. This is his best performance in a while—a welcome reprieve following his cataclysmic turn in The Mummy earlier this year—and much of the film’s success relies solely on his seemingly effortless (and preternaturally ageless) charisma.

As a documentary style comedy, presented in narrative flashback via VHS recordings, American Made provides a far more universally accessible, engrossing experience than a more subdued, purely dramatic presentation could institute. History is conveyed by way of old video clips and amusing animations articulated glibly by Cruise’s narration. The unfortunate sacrifice here is a minimal loss of weight and overarching consequence in exchange for Wolf of Wall Street-esque excess.

The end game, regardless of familiarity with the events, may be predictable yet the journey there is fantastically fun despite what some may consider to be a dumbing down of political machinations as follows: Reagan/Republicans = bad; Carter = Nostradamus of our time. Even George W. Bush makes a ham-fisted cameo (played by Star Trek: Enterprise‘s Connor Trinneer) in pure Gump-ian fashion (although, in fairness, Governor Bill Clinton is also implicated tangentially but his presence is far more organic). Those expecting a more thorough, nuanced representation of U.S. government corruption should remind themselves that American Made is American made.

Overall, American Made is a lot of fun. More flippant than candidly thought-provoking, sure, but it does provide an eye-opening portal for some unfamiliar with pre-Facebook history. As it stands, the film is easily one of the funniest of the year, emphasizing the vital power of comedy to render reason – a motion picture tool that feels rarer (and equitably more daring) with each passing year.